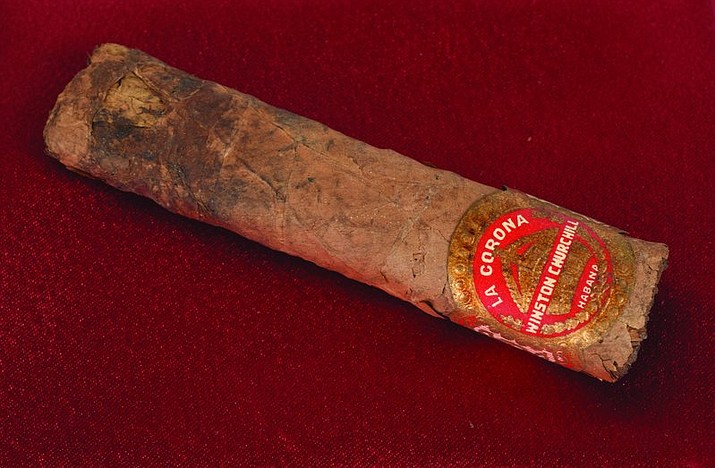 A half-smoked cigar once smoked by British Prime Minister Winston Churchill during a 1947 trip to Paris sold for just over $12,000 in an online auction. Boston-based RR Auction says the 4-inch (10-centimeter) cigar was bought Wednesday evening, Oct. 11, 2017, by a collector from Palm Beach, Florida. The buyer’s name wasn’t released. (RR Auction photo via AP) 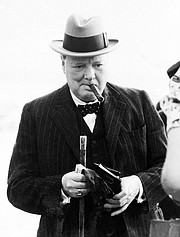 BOSTON (AP) — A cigar half-smoked by British Prime Minister Winston Churchill during a 1947 trip to Paris has sold for just over $12,000 during an online auction.

The auction company says Churchill smoked the cigar on May 11, 1947, at Le Bourget Airport. Included in the auction was a photo signed by the prime minister that shows him with the cigar in his hand at the airport.

RR Auction says a British airman, Cpl. William Alan Turner, kept the cigar after his crew flew Churchill and his wife to and from Paris.

The label on the La Corona cigar from Havana, Cuba, includes Churchill’s name.