Can I donate blood to Las Vegas victims? Here's how you can help
Blood donors needed for the victims in Las Vegas mass shooting 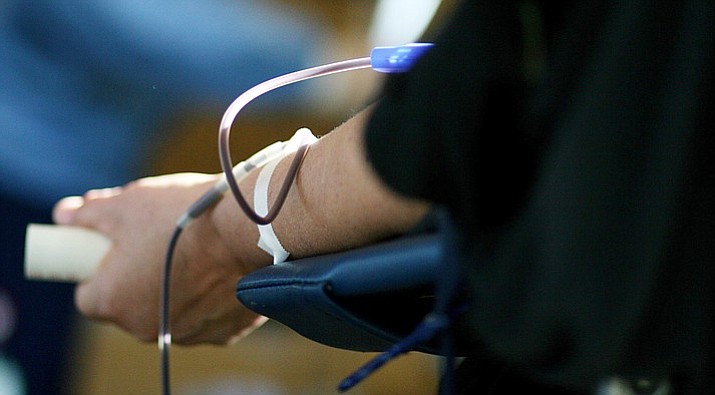 United Blood Services will hold a blood drive on the west campus of Yavapai Regional Medical Center, 1003 Willow Creek Road in Prescott, on Oct. 26 from 8 a.m. to 5 p.m. Register online at www.bloodhero.com with the sponsor code YRMC or contact 928-771-5295.

When tragedy strikes, a common reaction for many is: “How can I help?”

In the immediate aftermath of a mass shooting that killed close to 60 and injured more than 500 during a country music festival attended by some 22,000 people in Las Vegas Sunday night, law enforcement authorities and medical personnel are asking people to be “blood heroes.” In essence, they want people to give of themselves, literally, through donation of their blood, to augment quickly depleted supplies for the injured victims.

In Las Vegas, United Blood Services was swamped with people eager to donate their blood to assist those fighting for life in area hospitals. The organization also has several other places across the state of Nevada that were setting up to accept donations as the blood supplies in Las Vegas were replenished to meet the unprecedented need for such a mass casualty. The Las Vegas shooting is considered the deadliest mass shooting of civilians in America’s history.

In Prescott, United Blood Services was already slated to have a blood drive on the west campus of Yavapai Regional Medical Center, 1003 Willow Creek Road, on Oct. 26.

That drive is scheduled from 8 a.m. to 5 p.m. and people are asked to register online at www.bloodhero.com with the sponsor code YRMC or contact 928-771-5295.

Throughout the next two months, United Blood Services has a number of blood drives scheduled throughout the Prescott region that range from college campuses, public schools and churches. For a full listing, visit www.bloodhero.com

In addition to these scheduled drives, the American Red Cross has a local chapter office and has blood drives throughout the area, or is willing to schedule appointments with potential donors. To reach the local office at 600 E. Gurley St., call 928-445-4981.