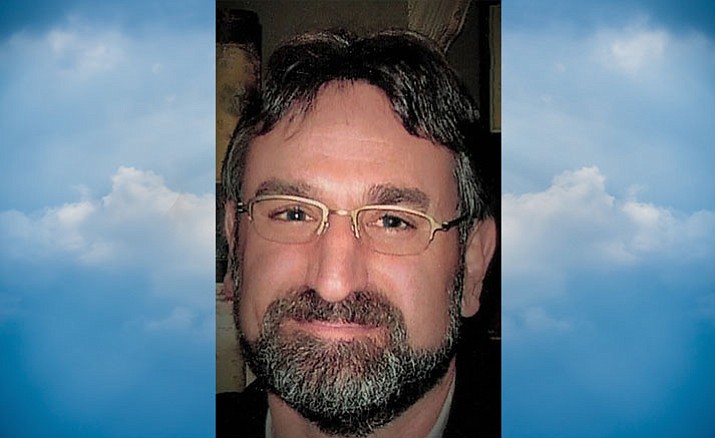 Brian Eugene Hancock, 56, youngest child of Edward Hancock and Marianne (Nichols) Hancock, was born on May 4, 1961, in Los Angeles, Calif., and died peacefully at his home in Prescott Valley, Ariz., on Sept. 8, 2017.

He was employed by the Veterans Administration for 24 years at three VA hospitals: Long Beach, Calif.; Reno, Nev.; and finally Prescott, Ariz. It was at Prescott where Brian found his greatest job satisfaction, becoming an integral part of a team helping veterans through the complex VA process. He cared deeply for his clients.

Brian worked until the effects of his lung cancer prevented him from continuing. Brian enjoyed bicycling, hiking, camping, Star Trek, gaming, studying history, philosophy and politics, and supporting the preservation of desert lands. He recently joined the Arizona Archaelogical Society. Brian was a lifelong music enthusiast, with an interest in alternative music, “Henry Cow” being one of his first “discoveries” in 1979.

He attended music concerts on a regular basis and listened to the music of Bartok, King Crimson, Fred Frith, Kronos Quartet, Art Bears, Jimi Hendrix, Tim Berne, Frank Zappa, Gamelan of Bali and many others. Brian was preceded in death by his parents. He is survived by his daughter, Ana Hancock of Ljubljana, Slovenia; two sisters, Marianna Smoot, of Fayetteville, Ark., and Juanita Leonard, of Long Beach, Calif.; and assorted nieces, nephews, and cousins. Special thanks to Brian’s loving friends from work, Diana, Leslie, Alice, Tish (and husband Ric), Linda, Nancy, (and many others), his compassionate, prayerfully engaged neighbors, Rose and Larry, and the team at Kindred Hospice who provided the essential love and support that enabled Brian to spend his last days at home. Brian’s willingness to engage in high-level discourse, his wry sense of humor, his unfailing courtesy and his caring and passion for helping veterans and anyone in need, will be missed by all who knew him.

A memorial is planned to take place in Southern California at a later date. Memories and condolences may be shared at www.affordableburialandcremationllc.com.