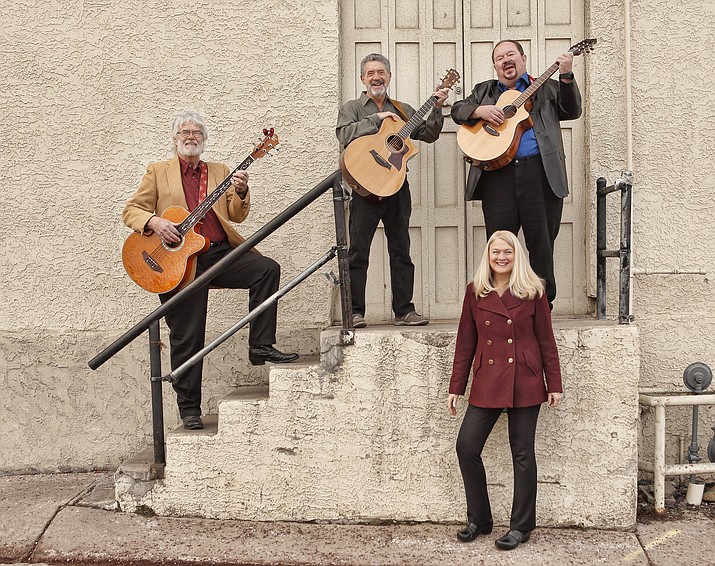 MacDougal Street West is among the three acts performing as part of the sing-along concert, which starts at 7:30 p.m. Saturday, Nov. 25, on the PCA main stage.

Usually at a concert, the band performs and sings on stage and the audience listens and has a good time, maybe singing during the chorus of a really popular song.

This weekend’s concert at Prescott Center for the Arts, 208 S. Marina St., is going to be a little bit different. It’s a Thanksgiving Sing-Along Concert and kicks off Folk Sessions’ eighth season at the PCA, said Folk Sessions Director Tom Agostino.

The first sing-along concert, which celebrated Folk Sessions’ 13th anniversary, went way better than he ever imagined, Agostino said. For this one, right after Thanksgiving will hopefully make it so everyone’s singing with a full stomach and happy heart.

Ramsey said he’s done this before when Folk Sessions presented a Bob Dylan tribute show at the PCA about a year or so ago. “Part of that show was a sing-along,” he said. “It’s always nice to play for people who are engaged in what you’re doing.” 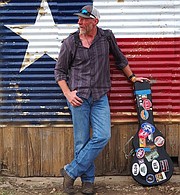 Eric Ramsey has performed before locally when Folk Sessions presented a Bob Dylan tribute show at the Prescott Center for the Arts.

A favorite on the Folk and Blues Festival circuits, Ramsey is a two-time champion of the Phoenix Blues Society’s Blues Showdown, winner of the Stefan George Memorial Songwriting Contest at the 2017 Tucson Folk Festival and semifinalist in the 2017 International Blues Challenge.

Tickets are $20 and available online at www.folksessions.com or at www.pca-az.net, by calling the PCA Box Office at 928-445-3286 or at the door. There is a $2 convenience fee for tickets purchased online or by phone.

Sometimes at Sing-Along concerts, it can happen that the audience might not really know the song, Ramsey said. There is a fix for that though, he said.

“Usually … there will be a chorus that they can sing along to,” Ramsey said. “You can kind of teach them. That’s part of the fun too.”

Teaching the audience how the song goes makes the experience even more fun and interactive, Agostino said.

Lyrics are going to be provided but, even if they do get lost on some of Ramsey’s songs, there’s always MacDougal Street West, Prescott’s Peter, Paul and Mary “experience.” They’ll sing such favorites as “Stewball,” “Puff the Magic Dragon” and “Leavin’ on a Jet Plane.”

“They were the sing-along kings,” Agostino said of Peter, Paul and Mary. “(The audience is) going to know every song.”

Everyone with a ticket will also receive a free “Folk Sessions Vol. Two” CD as a stocking stuffer, Agostino said.