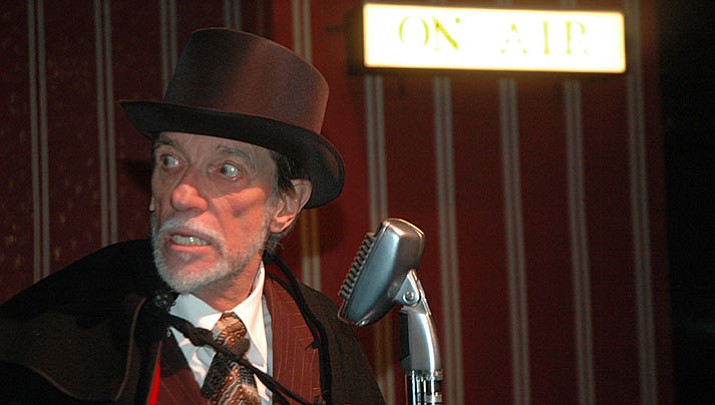 Prescott Center for the Arts is going into radio for its next main stage show – a sequel to the 1940s Radio Hour that was at the Elks Theatre a few years ago, said Director Bruce Lanning.

“The premise is that the group didn’t do so well in New York, so now they’re working out of a lesser studio in Newark, New Jersey,” Lanning said. “They’re still doing shows, but they’re doing primarily a detective series. They decide because it’s not going too well commercially, they were going to do ‘A Christmas Carol’ this year.” 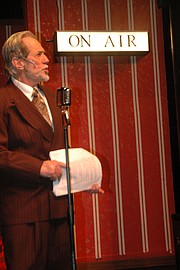 A play within a play set during the 1943, the radio show’s “Scrooge” is portrayed by a professional actor who has done Broadway shows and some films, but never radio which is where the humor comes in, Lanning said. However, there is a serious edge to it because the man had a son die in the Air Force six months or so prior to the show and he’s broke up in a lot of ways, he said. It’s put in parallel with “Tiny Tim” and everything going on in Scrooge’s life, Lanning said.

The show works to recreate radio moments with an emphasis on sound, according to the program’s director’s note. Alongside the full version of “A Christmas Carol” it includes songs, commercials and comedy routines. The commercials are for Lucky Strike and other brands around in the 1940s and two people do live sound effects, Lanning said. There’s even a Roosevelt speech that leads into the show, he said. It’s going to be a lot of fun with a lot of comedy that makes fun of those times, especially with those commercials, Lanning said.

They’ll even emulate the voices heard on the old radio shows that Lanning said he has been a fan of for years. The show tries to recreate radio moments with an emphasis on sound and it includes songs, commercials and comedy routines

“Back in the ’60s, after I started teaching … I started collecting these little shows that were running on radio at the time,” he said. “We had cassette tapes that we could copy things off the air. I was doing that, I collected quite a few of them.”