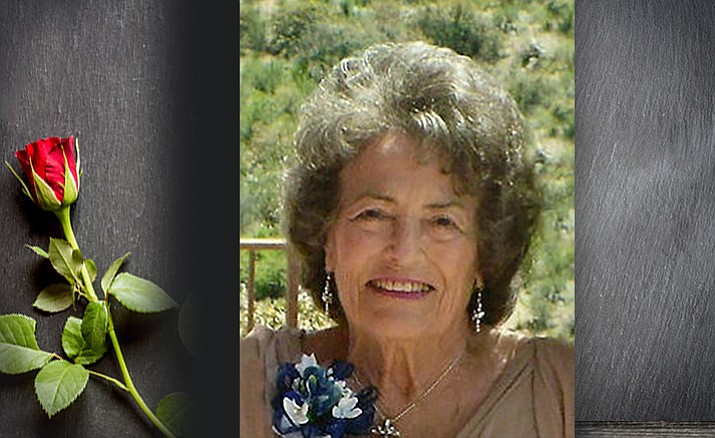 She (Bobby) grew up in Southern Illinois, where she sang in church as a young child for funerals. She and James married in August 1950. Together they started a Western Auto store in Shawneetown, Illinois, until 1959 then moved to Phoenix.

As a Golden Garter Girl that entertained as a singer in night clubs. She loved to sew, knit, crochet and paint. Her life was full on a Phoenix ranch until moving to Scottsdale where her talents continued to flourish as she owned/operated a Hair Salon and Broker / Agent in Real Estate, then retired in Dewey.

The “Golden Rule” and strong faith was taught by example saying “find something you love to do, that will help others as your life will reap great rewards.” She will be greatly missed by her family and all who’s life she touched. Greatest heart felt appreciation goes to Maggie’s Hospice and the Marley House for their love and compassion in Mom’s final days. A Memorial Service was held Saturday, Nov. 18, 2017, in Prescott, Arizona. Arrangements through Heritage Memory Mortuary.