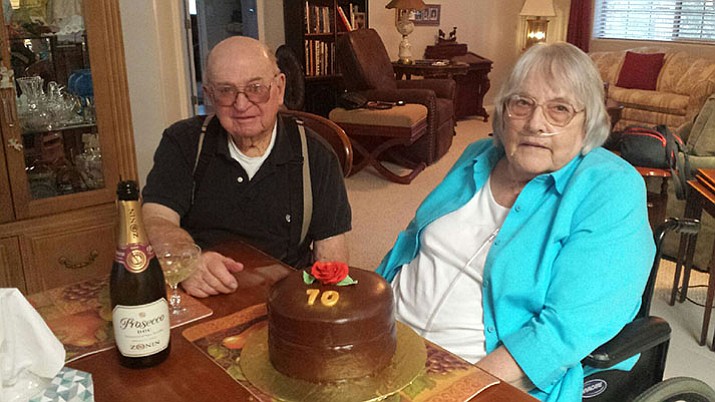 Donald and Virginia Dedmore of Prescott, AZ just celebrated their 70th wedding anniversary on November 8, 2017. They were married in Ogallala, Nebraska on November 8, 1947 and moved to Prescott in 1960 to raise their family and start their business; Dedmore Construction Co. Their children Michael Dedmore, Patrick Dedmore and Deanna Collins want to wish them a Happy 70th Anniversary and congratulations for the loving devotion they have shown each other for 70 years!