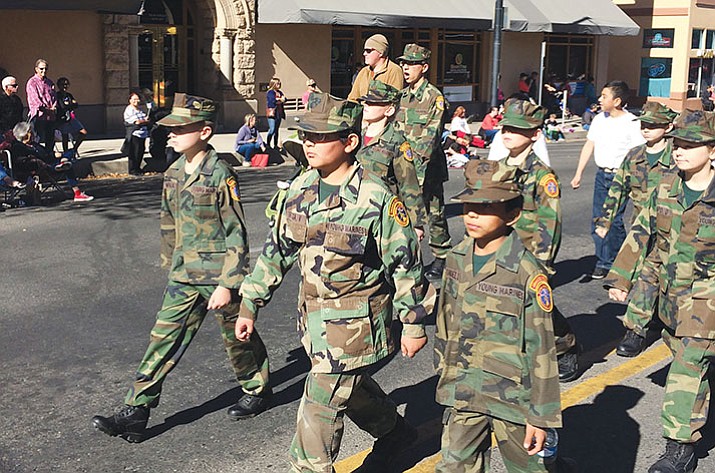 The local Young Marines were one of 84 different groups, including local military service organizations, clubs, and the Prescott High School Band, to march in the annual Prescott Veterans Day Parade on Saturday, Nov. 11. (Nanci Hutson/Courier) 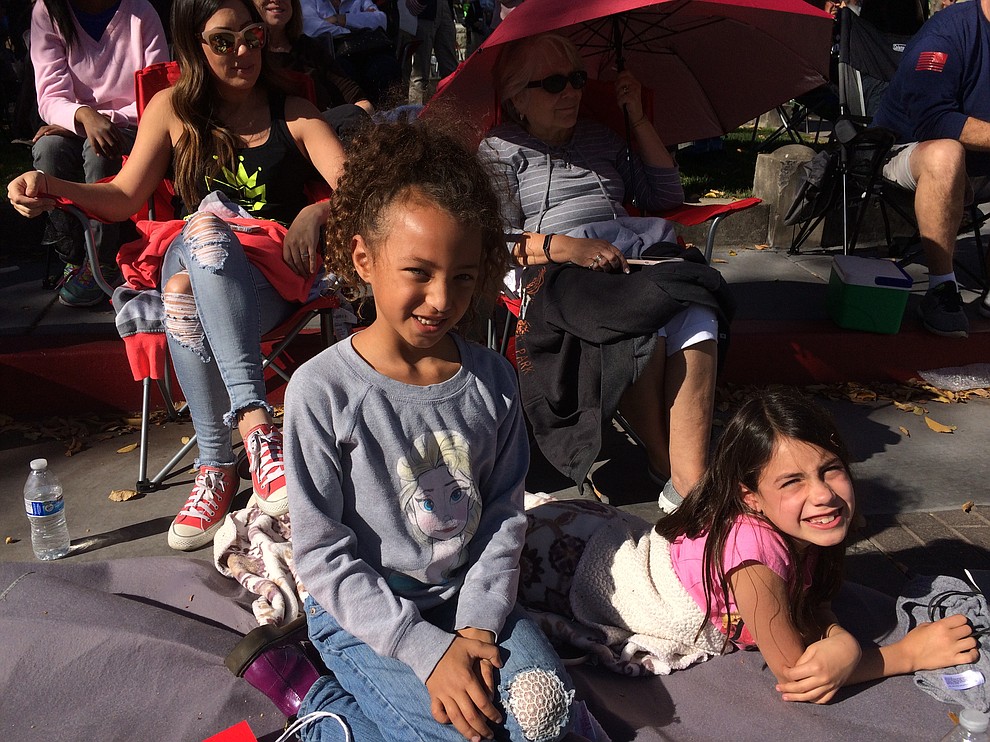 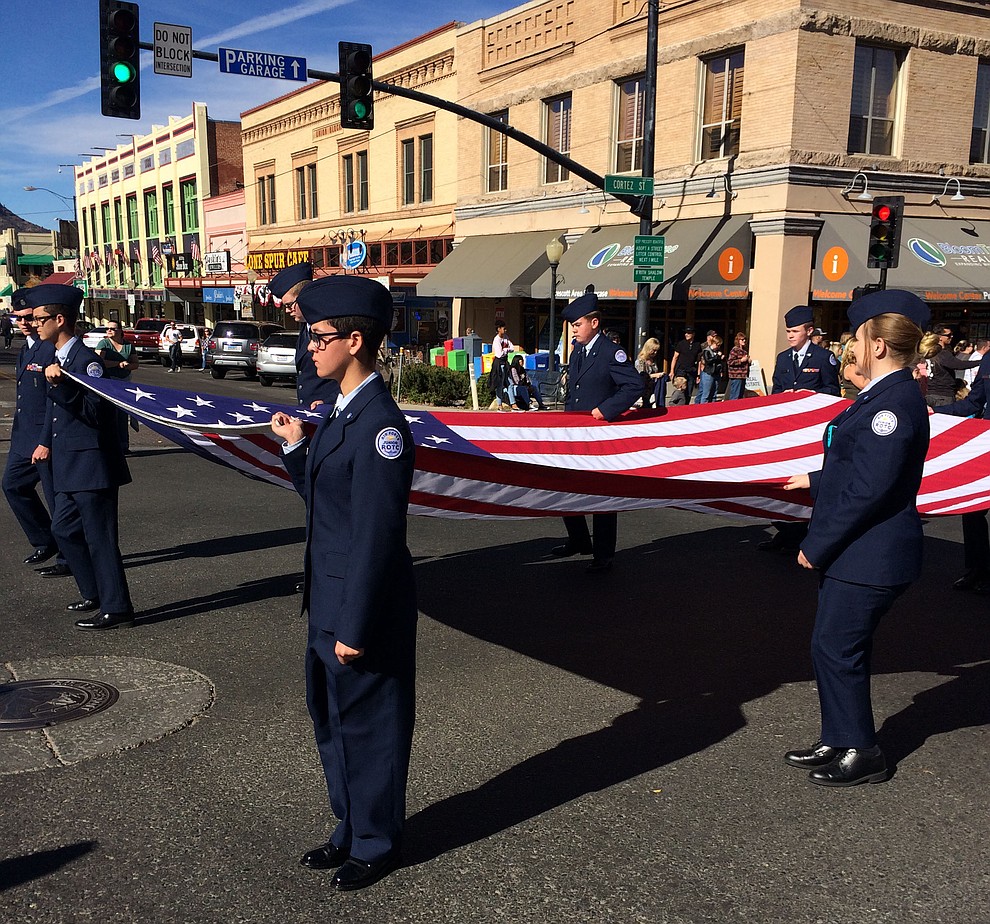 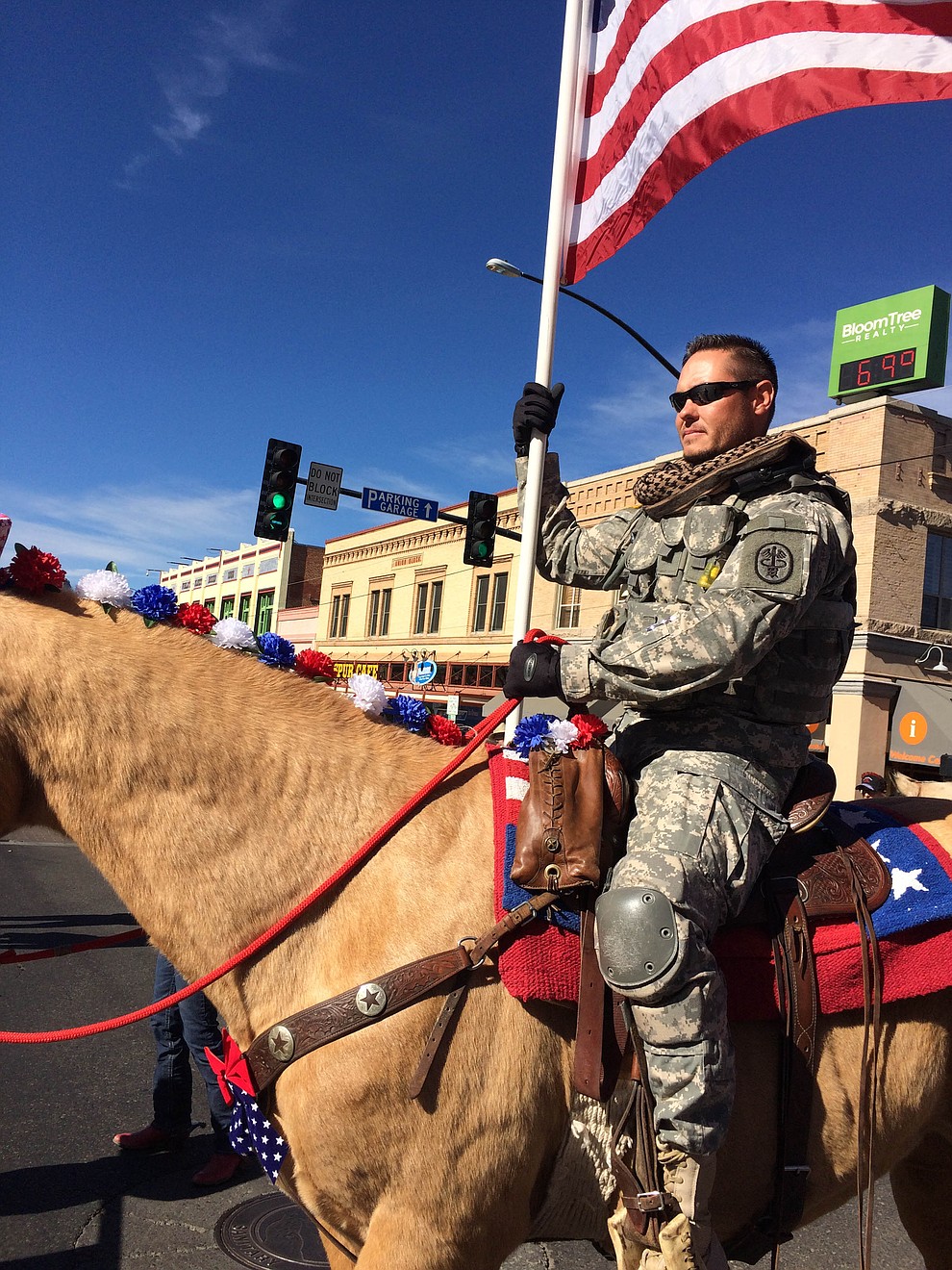 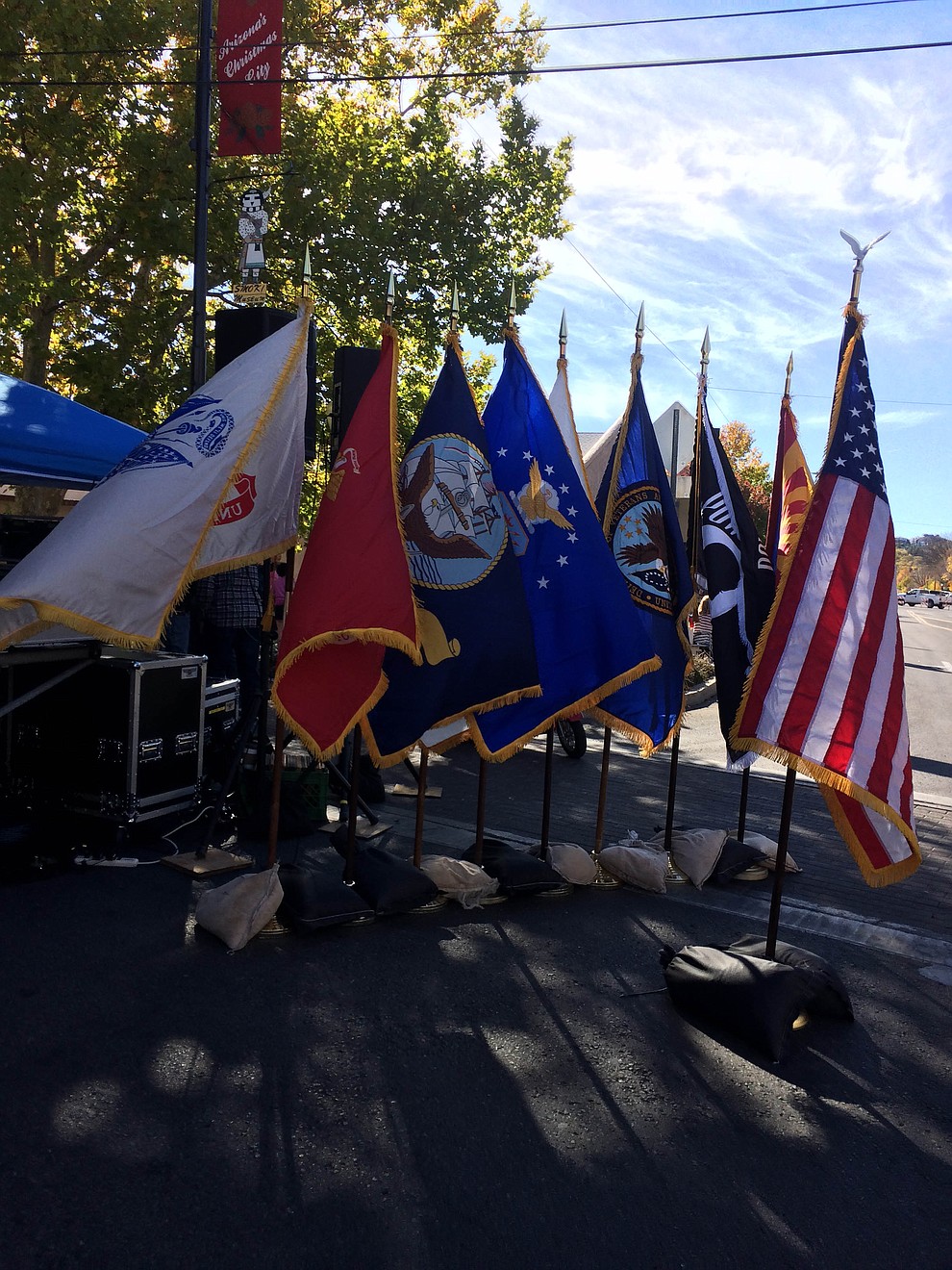 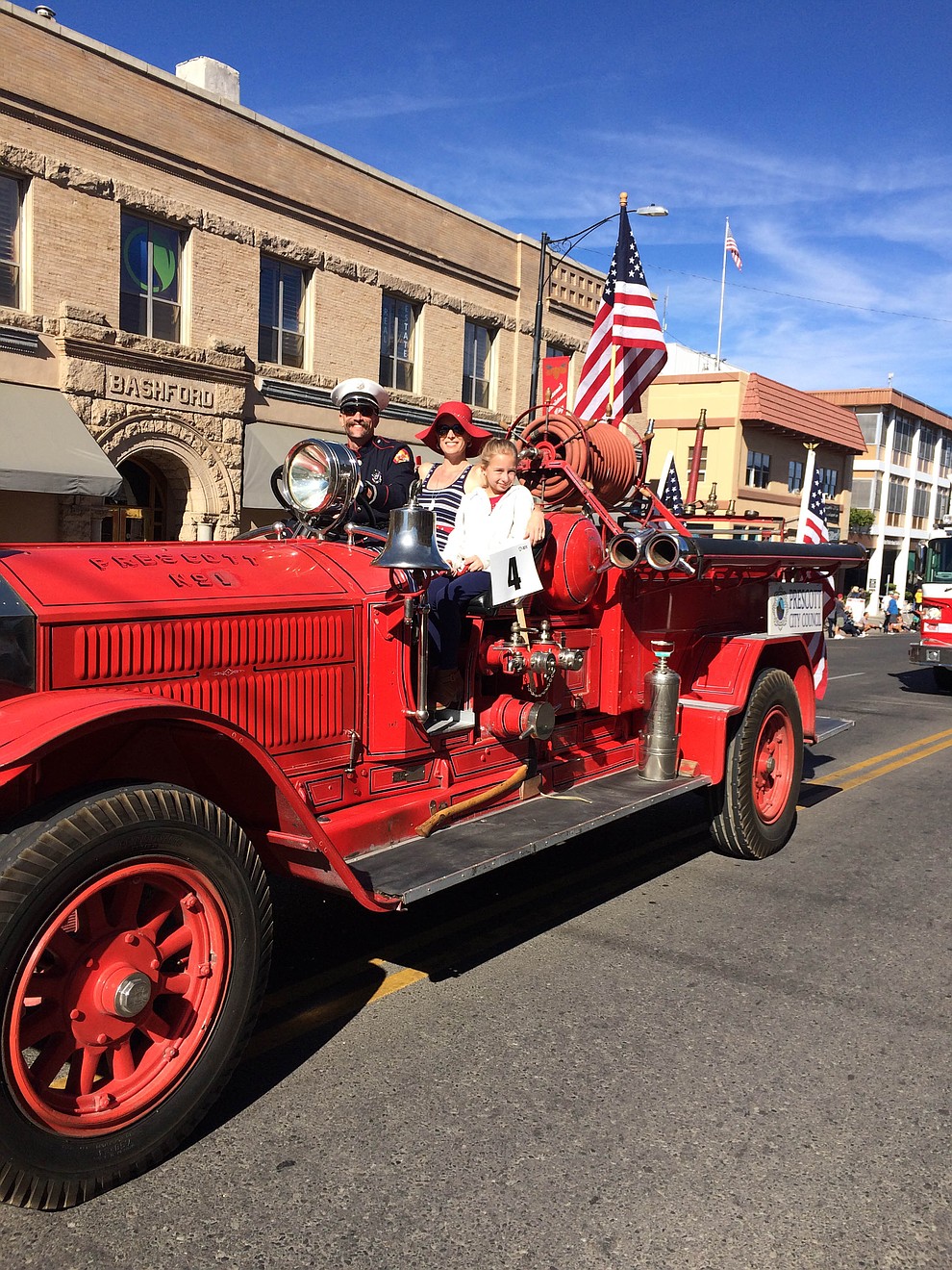 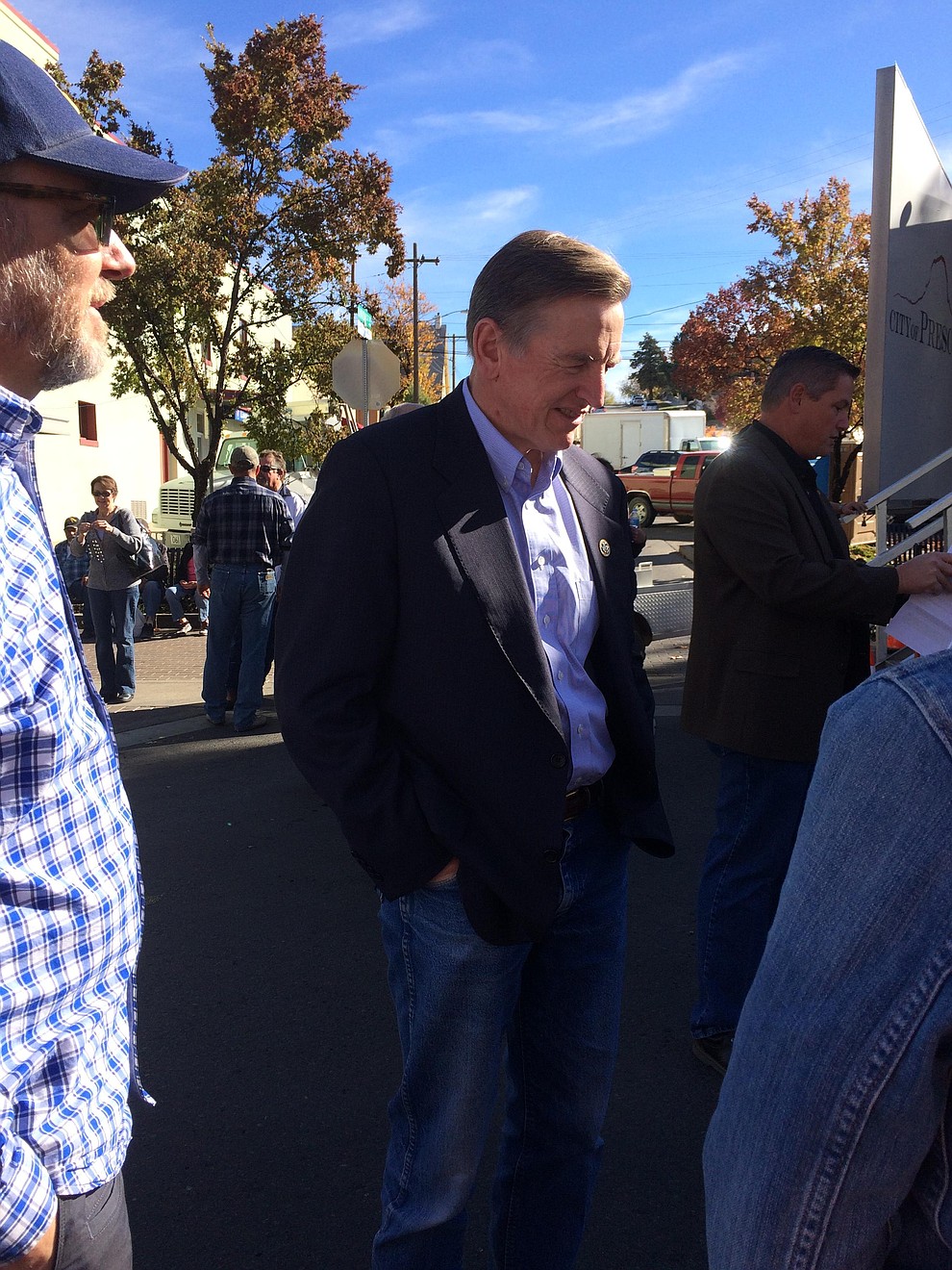 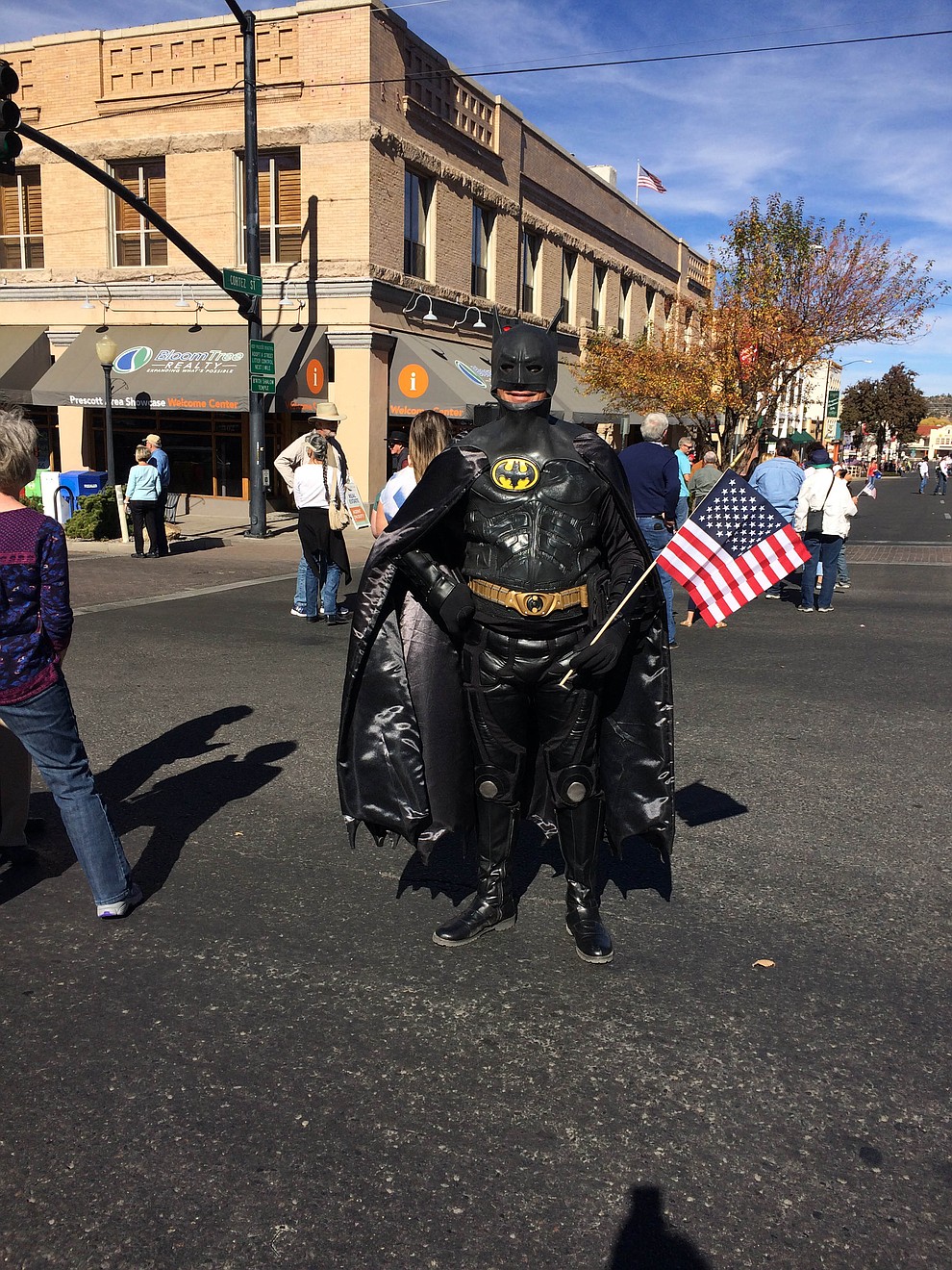 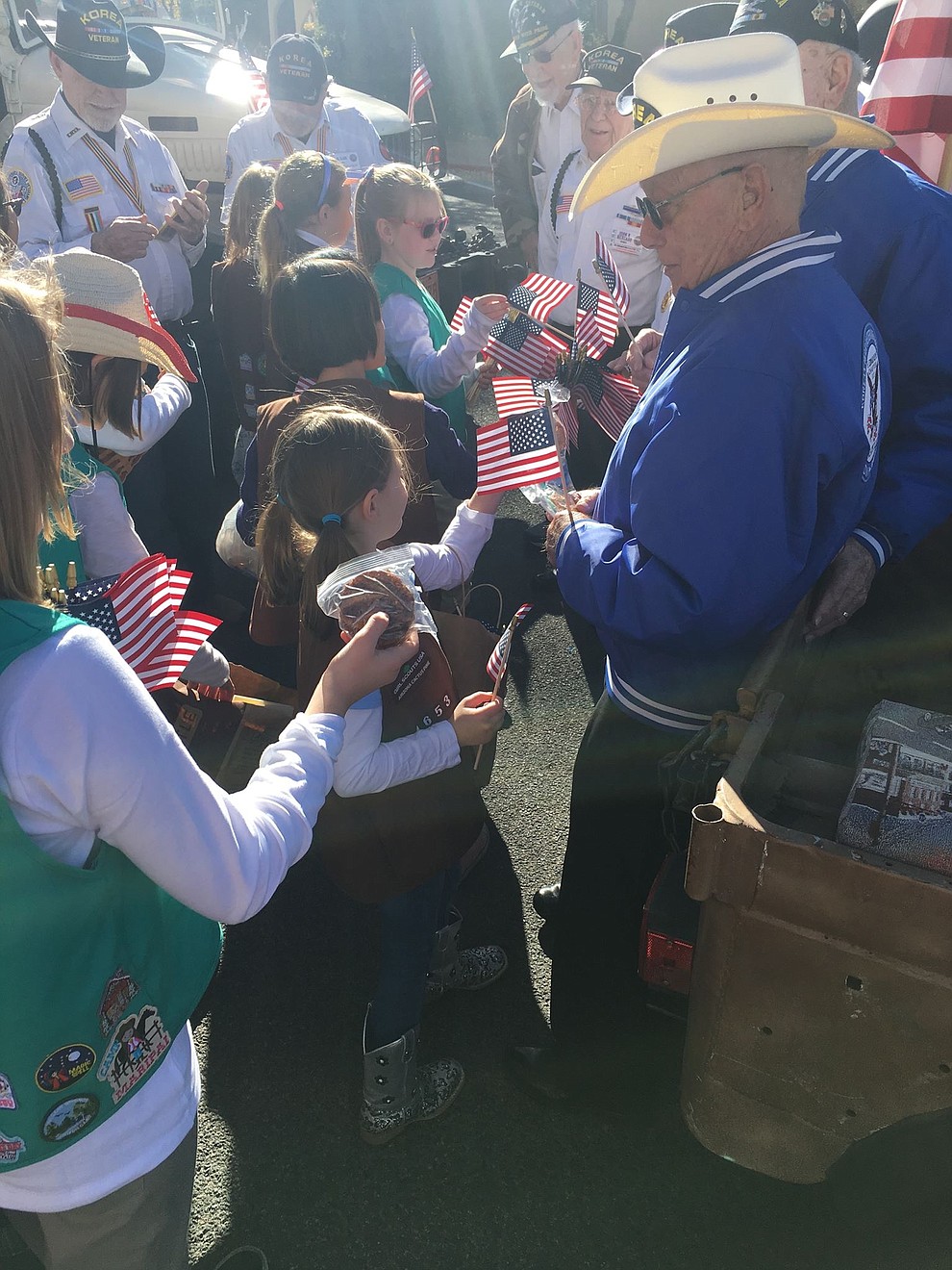 Girl Scout Troop 1653 hands out cookies and flags to veterans past and current. (Courtesy) 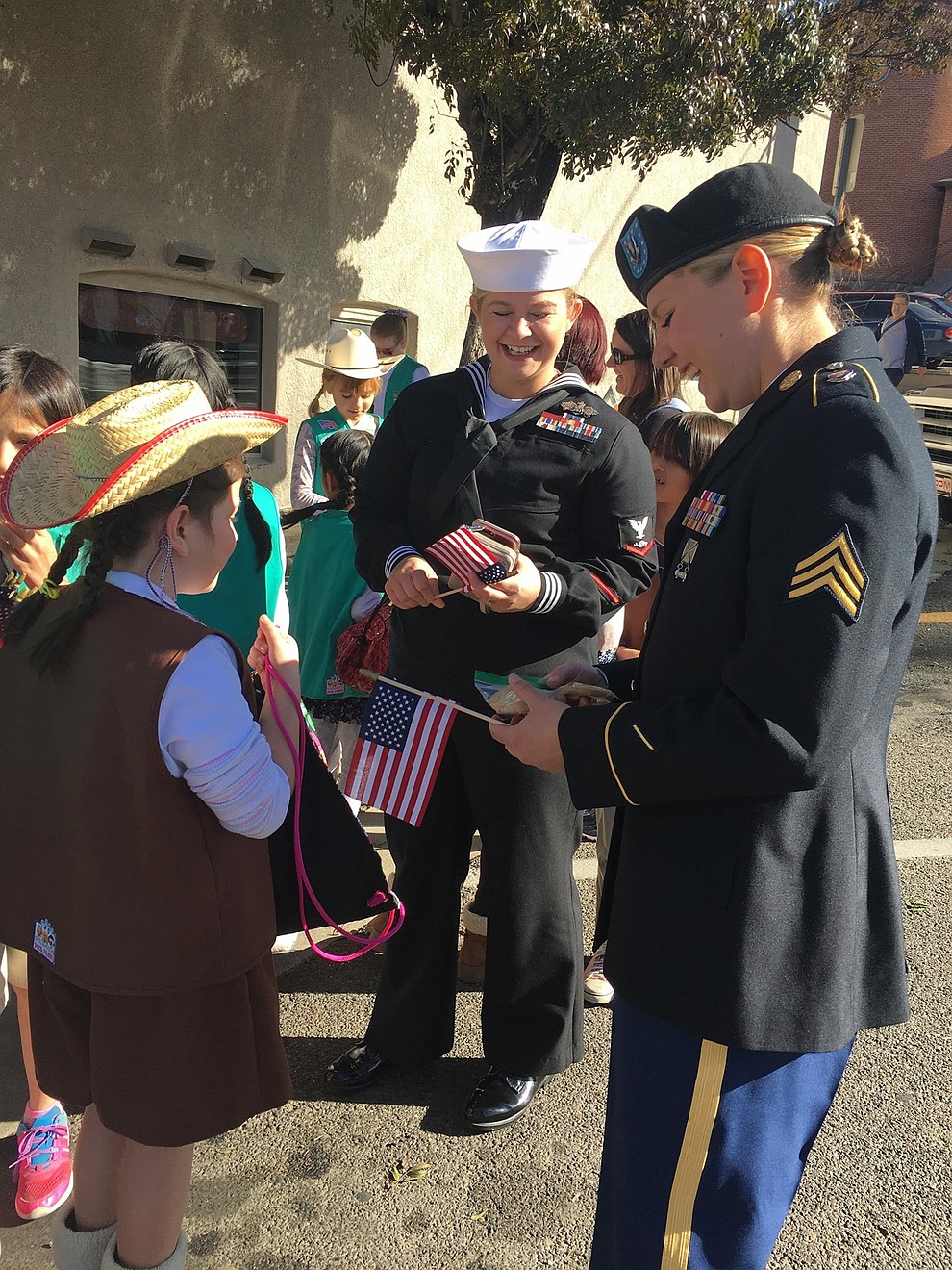 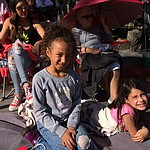 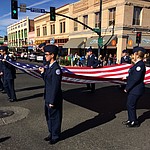 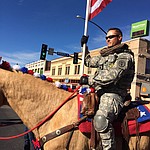 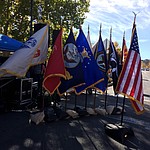 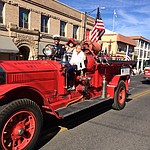 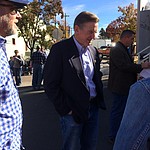 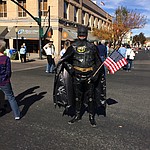 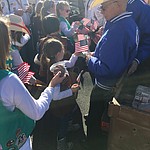 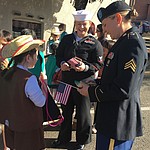 Thousands of Prescottonians lined the main downtown streets on Saturday to show off their patriotic pride and respect for veterans past and present who honored America with their devoted service.

One early-arrival for the annual Veterans Day Parade and celebration was retired U.S. Marine Lt. Col. Russ Pilcher, 70, who found a good corner street spot to savor the festivities with the theme of “Honoring All who Have Served: Let Us Never Forget.”

Prior to the 11 a.m. official parade kickoff at the corner of North Cortez and Willis streets, an all-veteran lineup of dignitaries shared the origins of this day, and emphasized a need to always salute those who opted to leave the comfort and safety of their homes to serve their neighbors.

A 33-year career military man who did two tours in Vietnam as a U.S. Army helicopter pilot, Mayor Harry Oberg said this is a time to reflect on this nation’s history and the reason the community gathers together on this day each year. He shared the origins of the initial Armistice Day that in 1954 was changed to a federal holiday to honor all veterans.

Oberg shared the story of a young Tennessee man who wanted to opt out of going to World War I because violence was against his religion. When the southerner’s request was refused, the young soldier shipped off to France and ended up a wartime hero; actively defending his nation against German aggressors despite his initial objections to firing a gun in battle.

In all wars, common people do uncommon acts of valor, Oberg said.

Prescott Councilman-elect Phil Goode, a Vietnam veteran who served in the 101St Airborne Division between 1970 and 1976, wrestled with his emotions as he spoke of this day as a wonderful tribute and recognition “that most of my brothers never received.”

To younger generations, the parade was a chance to “salute” those who have given much for the sake of their American family.

“I’m saluting those who gave me more than I could ever give,” said Gaston Gosar, son of U.S. Rep. Paul Gosar who was one of the dignitaries who attend the ceremonies on Saturday.

“I love it,” enthused Amador Villavicencio who was attired in an American-flag style shirt as he waved a small parade flag. “This means so much to me. I’m happy with the way everything is going in our country, and I especially love the support for our military.”

Even Batman was a patriot at this parade, waving a flag as he posed for photos with members of the crowd.

For Barbara Goeser of Prescott the parade was a fitting celebration for what she considers “one of the most important days” of the year.

“We should always honor our military, past and present,” Goeser said.

“This is awesome,” Villavicencio concluded.