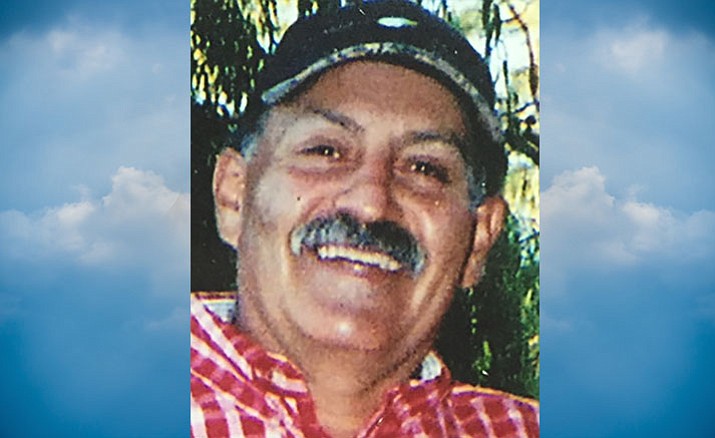 Arthur William Parra, born June 25, 1952, in Prescott, Arizona, to his loving parents, Arthur and Mary (Miles) Parra of Prescott, passed away peacefully with his family by his side on Oct. 12, 2017.

Art was a very active, outdoor person all of his life. In Art’s younger years, he would spend long days on the Parra Ranch, a place he loved deeply, riding horses, harvesting crops, milking cows, working in the orchard and causing mischief alongside his cherished cousins. The Parra Ranch taught him a true days work and inspired him to become a Saddle/Bareback Bronc Rider in the rodeo circuit. A true Vaquero, he would often tell colorful stories of these times. His favorites were about riding good ol’ Happy Appy and Tom Thumb, two revered broncos of the ’70s.

Anyone that knew Art knew of his love for hunting. He always enjoyed spending time with friends and family and heading to the woods. There truly was no place he would rather be than on the hunt for a bull elk, trophy deer, or a drive around “the loop.” His homemade jerky was always in high demand and the freezer was always full. In his younger years, Art enjoyed playing competitive fast-pitch softball with many of his lifelong friends. Playing games of horseshoes with family and friends in Art’s backyard made for many fun-filled afternoons. These days were a great time in his life.

Art owned Super Seal Inc., an asphalt paving and sealing business in Prescott, for 30 years. He paid great attention to detail and had an unrelenting work ethic, resulting in immense respect and admiration from those who worked alongside him. During the later years of his life, Art enjoyed going to the horse track and Greyhound races. He was always up for a wager and was even happier when he won! A friendly person, Art always welcomed outsiders. Those who were once strangers would quickly become friends. Art could brighten the dullest of rooms with his quick wit and unforgettable grin. He was always very giving, especially towards those in hardship. He was a good man and truly believed in giving back.

Art attended Prescott High School and graduated in 1970. It was during his high school years that he met his sweetheart, Cindy Brogdon. Both Cindy and Art loved to sing and would often sing solos and duets of old time country songs. The two married on Feb. 24, 1973. Together they raised their three children; Shaw, Dustin, and Payton. Art was always very proud of his children and loved them dearly. Art was preceded in death by his parents, Arthur and Mary Parra; brother, Stephen Parra; sisters, Josie VanKeauren, Rosemary Parra and Dianna Parra. Also by Cindy’s parents, Mack and Elsie Brogdon; and sister-in-law, Sammie Bishop. Art is survived by his loving wife of 44 years, Cindy (Brogdon) Parra; daughter, Shaw (Rob) Hudson; sons, Dustin (Malan) Parra, and Payton Parra; grandchildren, Hayven, Payson, Rylee Jo, and Gunnar; brothers, Richard and Eddie Parra; and many in-laws, nieces, nephews, and cousins.

A celebration of Arts life begins at 1 p.m. Saturday, Nov. 18, 2017. This celebration will be held at the Mackin Building, 840 Rodeo Drive, Building D, in Prescott.