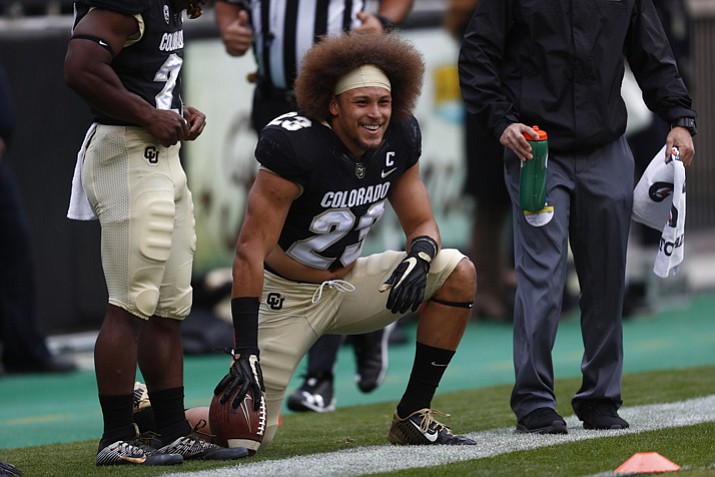 TEMPE — Arizona State thought its defensive issues were worked out. After sterling performances against good teams, there was no reason for the Sun Devils not to believe it.

Then they flipped the page backward against No. 21 Southern California. Big plays, missed tackles, blown assignments — all the issues Arizona State had early in the season came flooding back in a lopsided loss.

The back slide couldn’t have come at a worse time. Next up for the Sun Devils is Colorado and Phillip Lindsay, the nation’s third-leading rusher.

“He jumps off the screen,” Arizona State coach Todd Graham. “He embodies everything you want in a running back.”

The Sun Devils have faced the two rushers ahead of Lindsay and didn’t fare too well; national rushing leader Bryce Love ran for 301 yards against them and San Diego State’s Rashaad Penny lit them up 216 yards and added a 95-yard kickoff return touchdown.

Arizona State had strong defensive games against Washington and Utah, but regressed last week, allowing the Trojans to compile more than 600 yards of offense in a 48-17 loss. Ronald Jones ran for 216 yards and two touchdowns.

Lindsay has 1,254 yards and 10 touchdowns this season to become the first Colorado running back to have consecutive 1,000-yard season and second in school history to have two during his career. The 5-foot-8, 190-pound senior is Colorado’s all-time leader in all-purpose yards with 5,456 and third in rushing with 3,487.

Lindsay had 219 yards and three touchdowns in the Buffaloes’ 40-16 win over Arizona State last season, so the Sun Devils will have their hands full.

Colorado won all three of its non-conference games, but struggled once Pac-12 play started, losing four of their first five conference games. The Buffaloes bounced back with a convincing 44-28 win over California that put a bowl berth well within reach.

Colorado’s win over Arizona State last season led to a six-game winning streak to close the season and the Pac-12 South title. “We’re in a spot to be able to finish strong,” Colorado coach Mike MacIntyre said. “We probably don’t have a shot at the Pac-12 Championship unless a bunch of people lose here, but we got a lot of other goals to be able to be able to reach, so that is what those mean.”

Arizona State has a strong connection to the military — former player and Army Ranger Pat Tillman in particular — and will have unique uniforms Saturday night as part of its Salute to Service. The Brotherhood uniforms , designed in collaboration with the Pat Tillman Foundation, will be camouflage and tan with a large “PT” with 42 on the front to honor Tillman. The names of former ASU players and coaches who have served in the military will be on the back of the helmets.

A victory would be the 600th in Arizona State history. ... Colorado won game No. 700 as a program last week. ... The Sun Devils lead the all-time series 7-1, with the lone loss coming last season. ... Colorado has forced a turnover in nine straight games, including Nick Fisher’s 100-yard interception return for a touchdown last week. ... Arizona State is fourth nationally in red zone conversions, converting on 24 of 25 trips inside the 20-yard line this season. ... Colorado QB Steven Montez struggled through much of the conference schedule this season, but had a strong performance last week, throwing for 347 yards and three touchdowns with another score running.