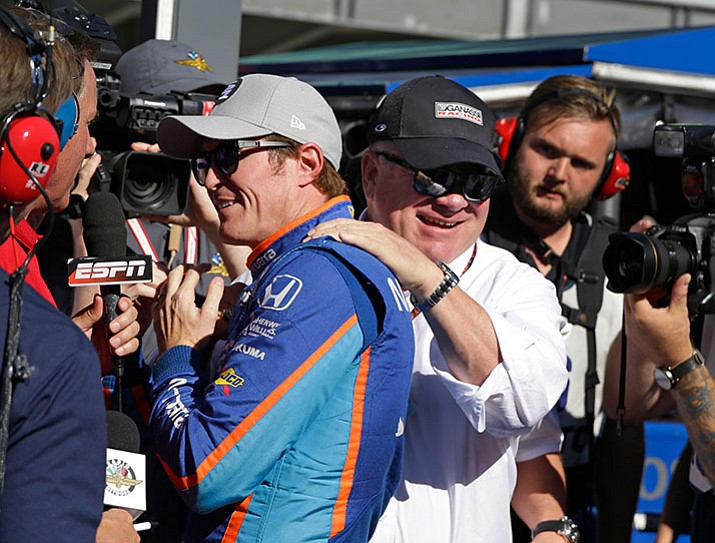 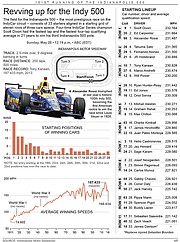 INDIANAPOLIS — After 17 years, Chip Ganassi is on top of the two biggest racing series in America.

Now that he's there, the car owner puts little stock in his current position.

“Being the points leader in May, that and $4.50 will get you a cup of coffee at Starbucks,” Ganassi told The Associated Press. “It's a nice feather in the cap for the team, but it doesn't mean anything. We want to count the points up at the end of the season, not in the middle.

“But it does show the hard work and the dedication of so many people, that we've been working so hard in Charlotte and Indianapolis.”

Ganassi heads into the biggest Sunday in racing with drivers leading the point standings in NASCAR and IndyCar. Scott Dixon will start from the pole in the Indianapolis 500; Kyle Larson will start last in the Coca-Cola 600, but had a car capable of winning last week's All-Star race.

If he's giddy about the possibilities for Sunday, Ganassi isn't letting on.

Sunday is considered the biggest day in auto racing and Ganassi has chances to win two races. His Indianapolis lineup of Dixon, Tony Kanaan, Charlie Kimball and Max Chilton is strong, and Larson and Jamie McMurray have upped their performance in NASCAR and are contenders nearly every week.

“Any weekend is a big day for me when we are at the races,” Ganassi said. “Wins are wins and that's what we are here for, and we are having a good season with Kyle. We are already in the (playoffs) and we can work on some things that maybe we couldn't have in years past.

“In terms of Dixon, this is early in the year for him to be leading the points. He usually is just about ready to start get going in June. So we're pretty happy right now.”

That should be obvious with Ganassi, who very much likes winners. He says so, often, on social media, using the hashtag #ILikeWinners in many of his social media postings. It's driven by the competitive fire of the owner, who already has five Indy 500 victories.

His drivers know the best way to keep the boss happy is to run well, and that pressure always exists. Last year Larson and McMurray gave Ganassi two cars in NASCAR's playoffs for the first time since the format launched in 2004. It's a big turnaround for an organization that had ranked in the second tier of the series since Ganassi entered NASCAR in 2001.

“For me personally, it's been very exciting to watch the Cup side,” said Dixon, a four-time IndyCar champion, the 2008 Indianapolis 500 winner and the longest tenured driver in Ganassi history.

“We know there's a lot of talent over there and it seems like they've finally got on a roll, and Jamie and Kyle have done a hell of a job. I am kind of pumped for them. On our side, I think we are always expected to be on the top, I just hope we haven't peaked too early.”

Ganassi's current plan is to leave for Charlotte, North Carolina after the Indy 500 — barring a victory, of course — but he wasn't interested in discussing travel plans.