New theater company puts on ‘Tale of Beauty and the Beast’ 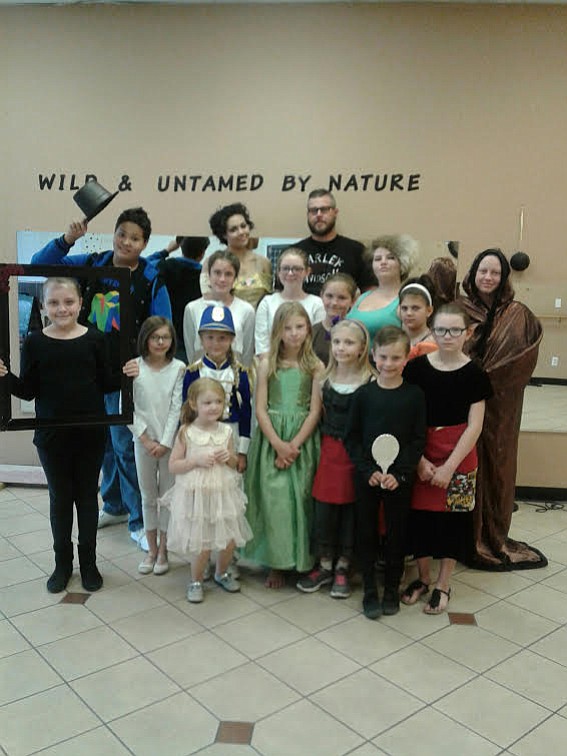 When looking to start a family-oriented theater, Tamee Niekamp and her daughter, Lexe Niekamp wanted to have a lot of families involved. So they started One Stage Family Theatre and the company’s first performance, “Tale of Beauty and the Beast,” premieres at 7 p.m. on Friday, May 26, with encore showings at 3 and 7 p.m. on Saturday, May 27.

Though it’s not the Disney version of the story, it’s very similar, Tamee said, commenting that she wanted to put it on because it was a favorite story of hers growing up.

With the first show coming up, Tamee said she’s enjoyed helping the kids and watching them grow from the beginning.

“They’ve all just grown so much. They’re comfortable with each other, it’s like a second family,” she said. “It’s a fun outlet and it’s going to be a good experience.”

As a family theater company, One Stage Family Theatre is in tune with children as well as adults, Tamee said, mentioning that the ages of the actors in the upcoming play range from 3 years old to 35 years old. Everybody’s welcome and the goal is to take everybody, she said

“Tale of Beauty and the Beast” is a fun musical that’s only about 80 minutes long and good for all ages, Tamee said. The show will be at Franklin Phonetic School, 6116 Highway 69 in Prescott Valley, a location that will be the main point for the company’s productions even though they’ll be doing different shows at different locations, she said.

Lexe, who owns and runs Lessons by Lexe Dance Studio, where the rehearsals have been, choreographed some of the dances in the show, Tamee said. It’s not easy having a social life along with school and being a part of theater, Lexe said, noting her excitement for the kids in the play. It’s been a good experience for them, she said.

“I’ve noticed that some of these kids, their social interactions with some of the other children have gotten so much better, grades have gone up,” Lexe said. “It seems like it’s a really good outlet for these kids.”

There’s already plans in the works for what happens after “Tale of Beauty and the Beast” wraps its final show, Tamee said. There’s a show planned for November that will be at the Elks Theatre and Performing Arts Center, she said, remarking that she was unable to disclose what the show was going to be.

For more information about “Tale of Beauty and the Beast” or One Stage Family Theatre, call Tamee at 928-499-8664.