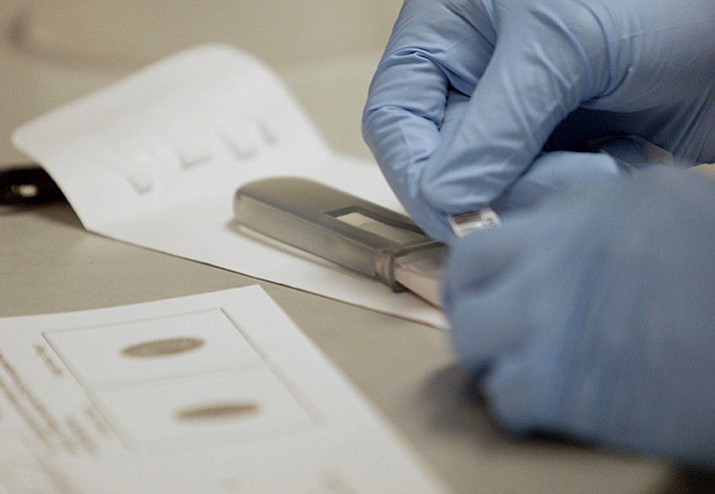 In this 2004 file photo a criminologist for the Arizona Department of Public Safety processes DNA samples at their lab in Phoenix. (Emmanuel Lozano/via AP, File)

An audit of the DNA unit’s backlog disclosed the alleged misconduct by Kathy Press, who was demoted and resigned, KPNX-TV reported Thursday.

Press has acknowledged that she was behind but blames it on managers’ refusal to correct problems.

The lack of timely testing affected at least one criminal case, an alleged 2009 sexual assault in Tempe, in which a police request for further analysis wasn’t handled for six years, the station reported.

Maricopa County Attorney Bill Montgomery said the six-year delay in getting DNA results was among factors leading to no prosecution in the Tempe case.

Press denied allowing cases to sit idle to hide incompetence or misconduct. She said she couldn’t keep up with a heavy caseload while taking on a leadership role and tried to re-assign cases so they could be completed.

She said the delay in the Tempe case was “a true tragedy” that was caused by the refusal of leadership within the Department of Public Safety to help fix a backlog they knew existed.

The lapse was discovered by a supervisor after the agency implemented a work-performance accounting and auditing system in 2015.

An internal investigation found that Press hid work files and took steps to conceal her incompetence, the agency said.

“The employee’s lack of professionalism is beyond regrettable, it is reprehensible,” the agency stated.

The agency said it has improved accounting processes and has reduced testing backlogs.