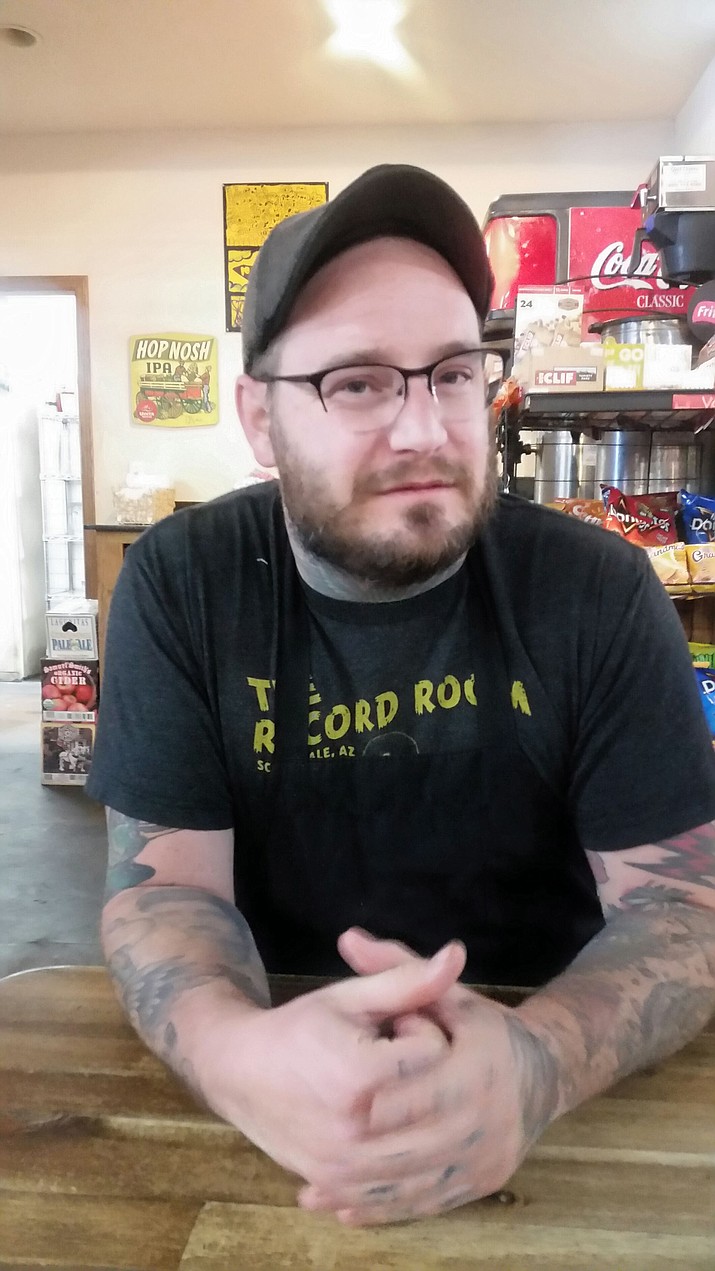 Harley Ray Guy, chef at Park Plaza Liquor and Deli, will lead U.S. Vets residents and other participants in a daylong cooking class and then they'll cook a five-course meal for event attendees on Saturday, May 20.

“By the time they finish, they’re very efficient in the back of the kitchen and able to get work in restaurants and/or also be able to prepare a square meal, know their way around the kitchen, those kinds of things,” Phillips said, mentioning that U.S. Vets Executive Director Carole Benedict approached Tina Blake and asked if it was a possibility to create an event from the program. “We decided to team up and put out something a little different in the community.”

The two organizations are presenting Master Chef Prescott, on Saturday, May 20, the first of what is hoped to be many, said Blake, noting that this one is called “Master Chef – I” because the hope is to do it more than once a year or at least once a year. Held at the Hilltop Café of Prescott Meals on Wheels, 1280 E. Rosser St., the event is from 5:30 to 8 p.m.

Master Chef Harley Ray Guy, the chef at Park Plaza Liquor and Deli, will be teaching a full-day class for four U.S. Vets residents and those veterans will then utilize the skills from their class to cook a five-course meal for event attendees. Guy has done a lot of menus for many restaurants in town, Blake said.

“He’s a local and he came up with this menu because he did a lot of training in the Caribbean,” she said. “We’re calling it a Caribbean Flare. The menu is pretty unique.”

The cost to attend is $50, but four community members can pay $100 to be a part of the class as well, Blake said. As of Tuesday, May 16, there were two spots left. The $50 price for a five-course meal, including drinks and a wine glass is a great deal according to Guy, she said, mentioning that Guy had said anywhere else it would be between $75 and $100.

Three local artists will be painting Caribbean themed paintings during the course of the event too, culminating in a wet paint auction, Blake said.

It’s a great collaboration between two community oriented nonprofits that’s also exciting as it offers a lunique meal and presents Guy to the community, Phillips said.

“Both organizations are focused on humanitarian needs,” he said. “I think it’s really, really wonderful that these two organizations have decided to come together for one night to support each other and also present out to the community something very unique.”