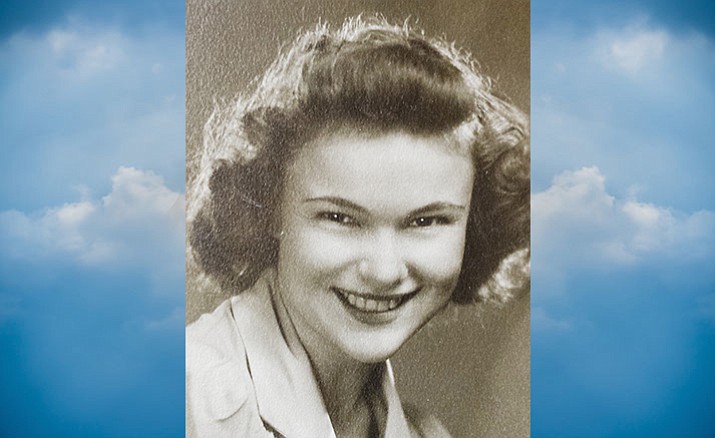 She attended Mt. Healthy High School, Ohio State University, and in 1966 earned a B.A. Degree in Music from Weber State College (University) in Ogden, Utah. In 1945, she married Richard (Dick) Grant Laucher of Marion, OH. Together they built a beautiful life and raised six talented children.


Jean lived a long life distinguished by creativity and devotion to family, friends and community. In addition to being a full-time mother, Jean excelled in writing, sewing, and quilting.

However, she was best known as a gifted soprano soloist and musician who promoted and championed the arts, music, and music education in her children and in every church and community in which she lived. From her solos as a teenager at Pleasant Run Presbyterian Church, to her mid-life years as a soloist at First Presbyterian Church of Ogden, to her recent retirement from the choir at the First Presbyterian Church of Alvin at the age of 92, Jean shared her beautiful voice and her gifts as a violinist, pianist, organist, and choir director. She also established several bell choirs and special vocal groups. Throughout her life, Jean shared her faith not so much in words, but in song and action. When she sang “Our Father, who art in heaven,” no one doubted God was there. Jean instructed and mentored numerous voice and piano students throughout her career. Her most memorable contributions occurred during the 25+ years she and Dick lived in Lake Havasu City, Arizona. In this small desert oasis, she dedicated her efforts to bringing culture and music to the community. For her devotion, the Mayor of Lake Havasu City proclaimed December 7, 2014 as “Jean Laucher Day,” and presented her with keys to the city. In her later years in Lake Havasu and in Prescott, Ariz., Jean was active in many civic groups and made friends all along the way. Jean will be sorely missed by all whose lives she touched. She is survived by six children and their mates: The Rev. Phlox Laucher and Patrick Austin of Pittsfield, Mass., The Rev. Bill and Cherry Laucher of Houston, Texas, The Rev. Jim and Pam Laucher of Alvin, Texas, Drs. Nita Laucher-Morris and Dan Morris of Prescott, Ariz., Cindy and Dave Gravis of Austin, Texas, and Clint and Linda Laucher of St. Louis Park, Minn.; fourteen grandchildren, and five great-grandchildren.

A memorial service will be held at First Presbyterian Church of Alvin on May 20, 2017. At a later date, her ashes will be interred with her husband’s in Prescott, Ariz. Memorial donations may be made to: Jean Laucher Youth Scholarship Fund, c/o Lake Havasu Community Choir, PO Box 2782, Lake Havasu City, AZ 86405.