Love them or hate them? There are arguments on both sides of roundabouts 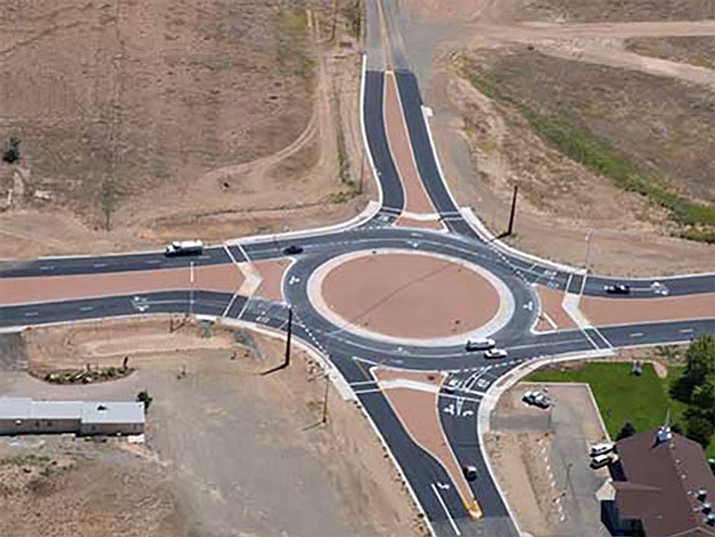 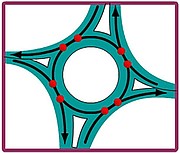 A Jeep Wrangler Rubicon rolled on its side after colliding with a Honda Civic at about 5 p.m., Saturday, Feb. 4, 2017 at the Willow Creek Road and Highway 89 roundabout.

Safety is paramount in the trend toward new roundabout intersections, say the experts.

Still, they acknowledge that the replacement of signalized intersections with the circular roundabouts come with a set challenges along with the advantages.

Among the pros and cons:

• Pro: Need for driver interaction – Stump points out that roundabouts tend to require interaction and/or eye contact between drivers, “whereas at a signal, it’s black and white.” Still, he said, signals can lead drivers to be less attentive at intersections.

• Con: Not universally appropriate – Mattingly notes that roundabouts cannot be used in all locations. For instance, Al Williams, a long-time Prescott resident, pointed out that the city looked into a roundabout at the corner of Prescott Lakes Parkway and Blooming Hills Drive, but decided against it because of inadequate sight distance due to steep hills on both sides.

• Pro: Congestion reduction – While circumstances vary, Stump says roundabouts can reduce congestion by 50 percent or more. Mattingly added, “By yielding at entry rather than stopping and waiting, traffic delays are reduced.”

• Con: Driver perception – Williams says he sometimes hears drivers say simply, “I just don’t like them.” He maintains that is not an acceptable response. “It’s not a popularity contest; it’s what works and what saves lives,” he said. Prescott Valley resident Jay Hingst, on the other hand, maintains that communities should take the perception into consideration. “Keep poking people, and they’re going to go somewhere else,” he said.

A TIP FROM ADOT

Never merge. The right of way is observed at the yield sign. Motorists already in the roundabout have the right of way. You must slow down or stop to yield to traffic approaching from the left. Wait for a gap in traffic, then carefully proceed into the roundabout.