Haddad: A bugle, a bus and a boy who thought he knew 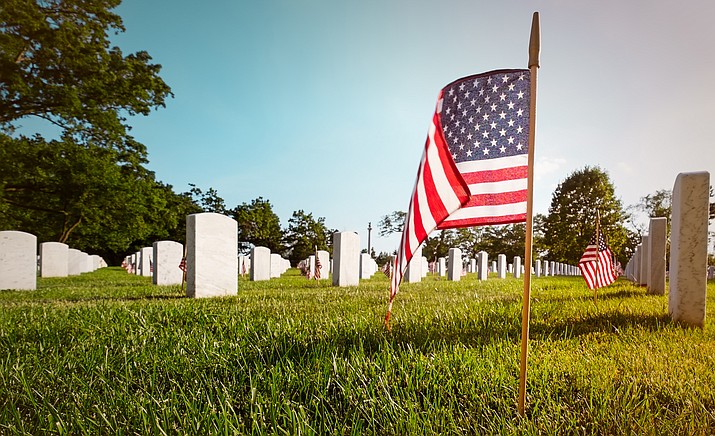 "As I walked among those graves, I began to realize how many of them bore the names of young men, some even younger than I was."

When I was a young man, I joined the military a few years after high school. Like most 20-year-olds, I thought I knew plenty about life as I got off the bus at boot camp.

I was an ignorant young man who paid little attention to world events or politics.

After six weeks of basic training, I was assigned to a base and began performing my duties.

One day, I was asked to substitute for the bugle player who normally performed “Taps” at military funerals in the area.

I had experience as a brass horn player and accepted the invitation — partly to get out of my regular duties on base.

I was given a bugle, white gloves, and a few other accessories for my dress blue uniform. Then, along with the other young men who would be performing the ceremonial rifle volleys and flag presentation, we were loaded onto a bus. We traveled for some time and finally arrived at a memorial cemetery someplace in South Dakota. I was anxious to get off the bus and feeling a little put out when I discovered that the non-commissioned officer in charge of the honor guard had arranged for us to arrive 45 minutes early.

As we climbed off the bus, we were called to order and fell silent as the NCO addressed us.

Before us was a field of white gravestones like nothing I had ever seen. They were lined up in endless rows that extended over a hill.

“We’re going to bury a soldier today,” the NCO said. “We’ll be presenting his widow with a flag and we are going to honor her husband for his service to our country. I want you young men to quietly walk alone among these gravestones. No talking will be permitted. I only want you to walk and read what is written on the stones.”

It’s hard for me to explain exactly what happened that day. But I know I was a different young man when I climbed back on that bus. I did my very best to sound “Taps” with reverence for the tearful woman dressed in black. And for perhaps the first time in my life, I began to really understand something about sacrifice, about freedom, about honor.

Now, as a father of four sons and a daughter, my wife and I have tried to help our children know something about our veterans.