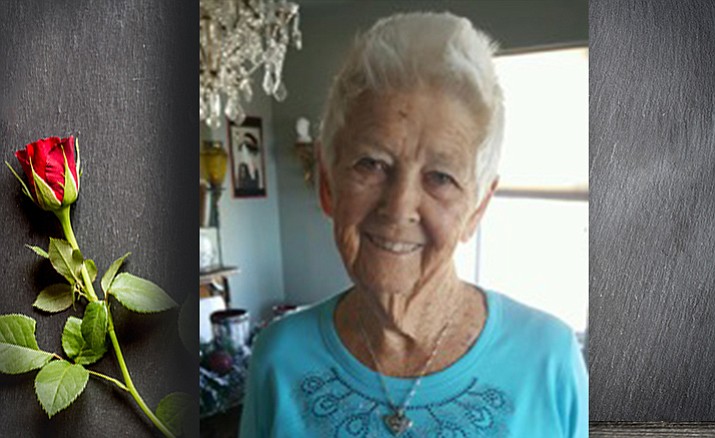 Glenda Mae Wagner passed away peacefully as she slept at home March 28, 2017, at the age of 83. Born in Chicago to Kenneth and Helen Ellis. The small family moved to Phoenix in 1943, where she attended Scottsdale High School, then South to the University of Arizona.

Returning to Scottsdale, she married Richard Wagner and raised three wonderful children, Kenneth (Peggy), Kevin (Vicki) and Karen (James) and yes, “Chelsea.” The family moved to Prescott in 1973, where she remained until her passing. In her younger years, Glenda was very active in tennis, bowling and had many wonderful memories riding her favorite horse, Twinkle.

Once in Prescott, she became very active in Bridge Clubs, The Westerners and PEO. But above all, she was a devoted wife, mother and best friend to her entire family and friends, as well as a devoted member of the First Church of Christ, Scientist.

Glenda was preceded in death by her parents, Kenneth and Helen as well as her husband of 39 years, Richard.

A Celebration of Life will be held for family and friends at The Ruffner-Wakelin Chapel in Prescott on April 2, 2017, at 1 p.m.

In lieu of flowers, the family requests donations to the Yavapai County Humane Society, “For the Love of Animals.” Godspeed, Momma....