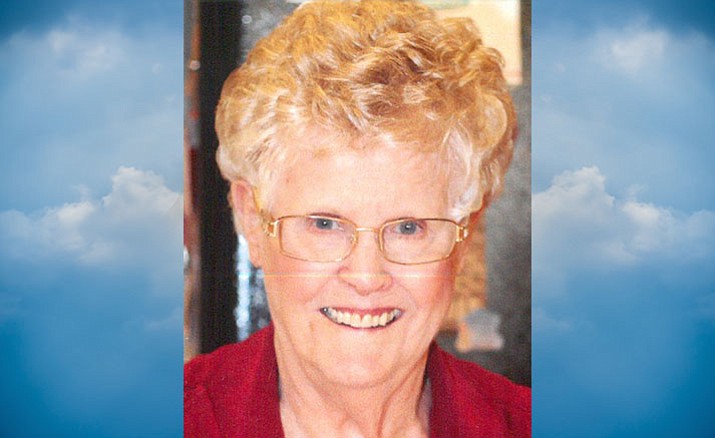 Vivian M. Miller, age 81, loving wife, mother, grandmother, and great grandmother passed away peacefully surrounded by her husband and six children on March 24, 2017. She was born on April 23, 1935, to Elmer and Pearl (Struble) Eckerman on their farm in Early, Iowa.

She grew up in Early and after graduating from high school, she married the love of her life, Elmer Miller from Schaller, Iowa, on June 1, 1954, in Early. Vivian and Elmer lived in Schaller and Storm Lake, Iowa, before moving to Phoenix in 1958 with their first three children. Their last three children were born in Arizona.

She was in real estate for 19 years, retiring in April 1997. She owned her own business, Heart and Home Realty. She loved cooking, sewing, interior decorating, making porcelain dolls and decorating eggs, in which she was very talented. Family was most important to her.

She was preceded in death by her parents; brothers, Romane, Sid, Clair Eckerman; sister, Nancy Eslick; and great-granddaughter Jubilee Weber.

In lieu of flowers memorial contributions can be made to St. Vincent DePaul. Condolences may be made at www.qohcfh.org.