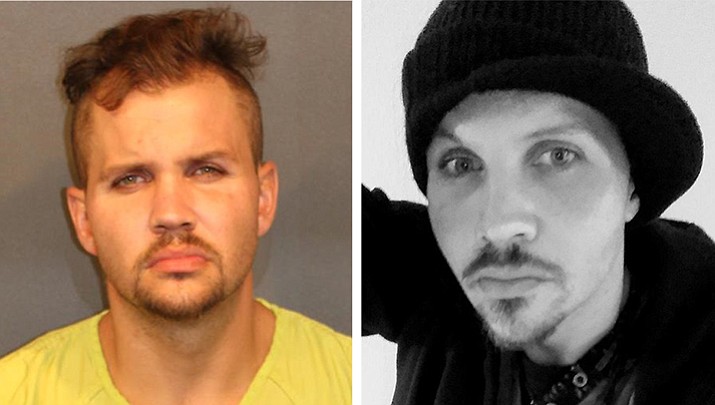 The suspect is 31-year-old John Freeman, 6-feet tall, 170 pounds, with hazel eyes, brown hair, and a small tattoo on his left arm. He may be wearing a denim shirt and denim pants, and may be injured. 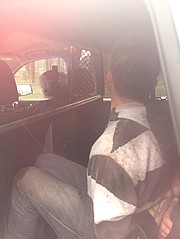 The pursuit continued at over 100 mph, until the car stopped running, pulled off I-40 near the Bearizona exit, and crashed into a culvert.

A pursuit on Interstate 40 on Monday morning ended with a crash near Williams, with two of the three suspects running from the smashed car, and one firing at Sheriff’s deputies as he ran, said YCSO spokesman Dwight D’Evelyn.

The fleeing suspect, 31-year-old John Freeman, was caught shortly before 6 p.m. on Monday in a culvert about one-half mile south of I-40 along exit 165 near Bearizona. He was arrested without incident. The firearm was not immediately recovered, but it was found later Monday night.

The chase began about 10:45 a.m. when a deputy tried to stop a sedan occupied by three men headed east on I-40 for a traffic violation near Ash Fork.

“As the vehicle failed to yield, a male passenger appeared to be thrown from the vehicle and was detained,” D’Evelyn said. The car had been reported stolen from a Kingman address.

The pursuit continued at over 100 mph, until the car stopped running, pulled off I-40 near the Bearizona exit, and crashed into a culvert.

Two men emerged from the car; one was captured quickly. Freeman fired at least one shot toward deputies from a handgun as he ran.

D’Evelyn said there is a warrant issued for Freeman’s arrest in Kingman.

Schools in the Williams area were locked down Monday afternoon while deputies searched for Freeman.