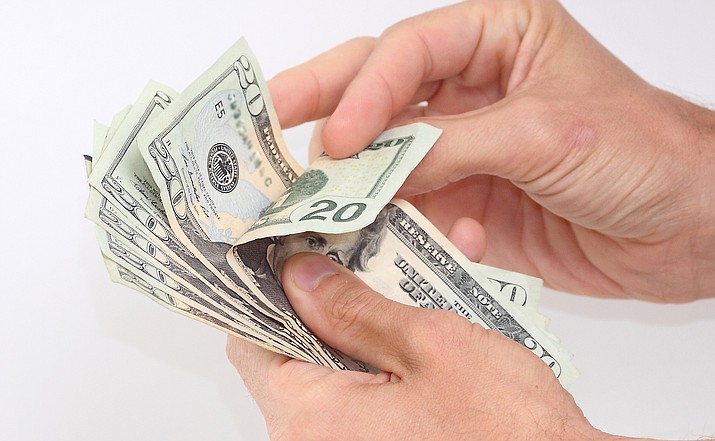 An amendment in the state Senate backed a plan that would allow businesses in Arizona to charge up to 136 percent interest to repay loans.

PHOENIX — A new proposal allowing payday lenders barred from Arizona following a 2008 voter initiative offering a new high-interest loan product emerged in the Senate Tuesday and set off an hourslong discussion in the Appropriations Committee before it was approved with only Republican support.

The effort was revealed as an amendment to an unrelated bill and followed weeks of talk that the high-interest, short-term loan industry was working on a new plan.

Proponents have been pushing for new high interest rate products for the past two years, but efforts have failed as some Republicans joined Democrats in opposition. This year’s proposal is called a “Consumer Access Line of Credit” and carries a maximum annual interest rate of 164 percent for loans up to $2,500.

Last year’s proposal was for “flex loans” with interest rates of about 200 percent a year.

The amendment proposed by Sen. Debbie Lesko, R-Peoria, to House Bill 2496 would set up a licensing system for lenders and require them to check a statewide database to ensure consumers are only taking out loans totaling $2,500.

The interest rate is 0.45 percent a day, or 164 percent a year, with no additional fees. Lenders would also have to check credit histories to ensure borrowers have the ability to repay the loan. Basic terms call for repayment in one year and rules will require lenders to work out payment plans and freeze interest for borrowers struggling to make their payments.

Democrats have fiercely opposed giving what they call predatory lenders the green light to return to Arizona, but Republicans have also voted against the proposals.

Sen. David Farnsworth, R-Mesa, railed against the lenders at a Feb. 1 Senate Finance Committee hearing, saying lobbyists were working with lawmakers on various proposals and that “the predatory lenders are back.”

On Tuesday, he said the way the proposal emerged as a late session “strike-everything” amendment showed how negative the proposal was.

“It sounds like the same thing under a different name, just tweaked a little,” Farnsworth said. “Maybe better, maybe worse, but they’re predatory.”

Two other Republican senators said Tuesday that they would not support the measure, putting its future in doubt in the chamber, where Republicans can only lose two votes if all Democrats are opposed. Sen. Kate Brophy McGee said “it would be “a very tall order” to gain her support, while Sen. Bob Worsley said he “has serious concerns - I’m a no.”

Backers say the loans give people without credit a way to get needed cash.

“I believe that adults should be treated like adults,” said Sen. John Kavanagh, R-Fountain Hills. “And people with poor credit should have the opportunity to get loans when they desperately need money and slowly build their credit back with good payment records.”

The Appropriations Committee heard from a lobbyist with online lending company Enova International, who said his firm’s loans are better products than what is available at pawn shops and auto title loan lending companies.

But consumer advocates and those who help low-income Arizonans arrived en masse to testify against the bill at the hearing.

Kathy Jorgensen with the St. Vincent De Paul Society said her organization is opposed to all forms of predatory lending, starting with payday loans that were rejected by 60 percent of voters in 2008.

“Basic Christian principles require the community to provide protection for the poor and the vulnerable,” Jorgensen said. “Our parishes and organizations such as St. Vincent de Paul witness the high cost of being poor every day when we assist families forced into alarmingly high payday and auto title loans to cover unexpected expense.”

The panel voted 6-4 with no Democratic support to advance the proposal to the full Senate for consideration.