Piano Men and an Ella Fitzgerald tribute at Elks Theatre 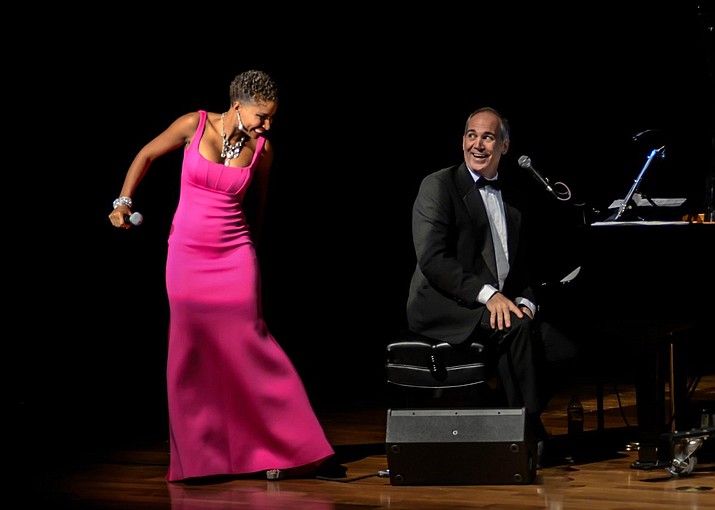 Tickets are available on the website, prescottelkstheater.com, or by calling 928-777-1370.

This week at the Elks Theatre, you can experience a father-and-son duo who channel Billy Joel and Elton John and pay tribute to Ella Fitzgerald, the First Lady of Song.

which celebrates the musical influences of Billy Joel and Elton John.

The two piano men are a father and son team, Terry and Nick Davies.

They take audiences through four decades of hit pop songs.

Billy Joel and Elton John have toured together many times, despite a two-year feud that ended in 2013, so this tribute show isn’t far from reality.

Then, Sunday, March 18, “To Ella, with Love,” produced by Khris Dodge Entertainment, brings vocalist Crystal Stark to the Elks stage, in a tribute that includes highlights of Fitzgerald’s hits.

This year marks the 100th anniversary of Fitzgerald’s birth — she died in 1996 — and the singer was prodigious, recording more than 200 albums, and 2,000 songs.

Stark will perform some of the biggest hits, including “Blue Skies,” “Embraceable You,” “I Got Rhythm” and “Mac the Knife.”

“She does so much more than sing the same songs that Ella did,” he said. “She listened for inflection, tone, and delivery … and then performs them in a very Ella-like manner.

“When Crystal scats, she channels Ella and it comes through.”