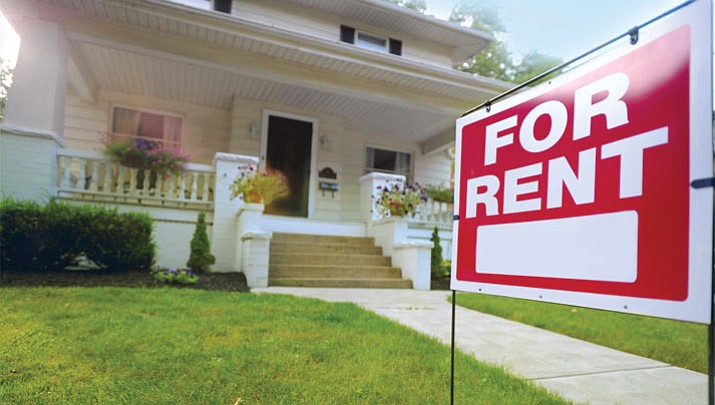 For many landlords in Prescott, the city’s premise that their home rentals were businesses — and subject to be licensed — rankled.

City staffers reportedly received numerous calls from residential-rental owners who maintained that their properties were investments, rather than active businesses.

A majority of Prescott City Council members agreed this week that landlords in the city should not be treated as other business owners when it comes to business licensing.

In a 6-1 vote on Tuesday, March 14, the council eliminated its requirement for owners of long-term residential rentals to apply for a business license in the city.

This week’s consideration was a repeat for the council, after the ordinance change was voted down on Feb. 28. In the absence of Councilman Steve Sischka at that meeting, the council vote ended in a 3-3 tie, resulting in failure of the motion.

Several council members subsequently asked to have the issue placed back on the agenda, and this time, only Mayor Pro Tem Jim Lamerson voted against the change.

Budget and Finance Director Mark Woodfill led off this week’s discussion by pointing out that the city had received a number of complaints from home and apartment rental owners, asking about the need for a business license.

Michael Yarnes, a designated broker with Rent Right, told the council that he represents 138 owners, who have more than 400 units.

“They’re very upset,” Yarnes said, pointing out that some of his clients own as many as 40 units, and were subject to the $35-per-year fee for each. “They want to know what they get (for the fee),” he added.

The city’s new business license program went into effect on Jan. 1, and since then, Woodfill reported that 663 residential-rental owners had applied for the new license – out of the 3,482 rental units in the community.

In February, city staff recommended the exemption for residential rentals, in part, in response to the complaints. Woodfill said this week that excluding the rental requirement would allow staff to focus more on the enforcement of the license requirement for other businesses.

On the other hand, Mayor Harry Oberg expressed support for the change, pointing out that the city was “trying to set ourselves up just like (other communities) around us.” He added that some changes were to be expected when starting a new program such as the business licenses.

And Councilman Steve Blair, who voted against the original business license program as well as the first attempt to change the ordinance in February, said his concerns were allayed by the city’s efforts to use the business license information to develop an online business registry.

Woodfill said his department was working on a registry that would give the public access to basic information about the registered businesses.

Sischka said the registry could be useful in Prescott’s economic development efforts. Blair added that the registry would offer some value for the $35-per-year business-license fee.

With the adoption of the exclusion for long-term residential rentals, the city plans to notify taxpayers of the change and refund the fees that have already been paid by applicants, according to a city memo.

Meanwhile, the city’s business license continues for other types of businesses, including short-term vacation rentals and sober-living homes.

Public splits on need for business licenses in Prescott
No exemptions on business license fees for Prescott
New registration requirement raises questions among business, rental owners
City to businesses: Get licensed
After a year, Prescott has licensed 3,826 businesses