Get in the Irish mood with Goitse on March 7 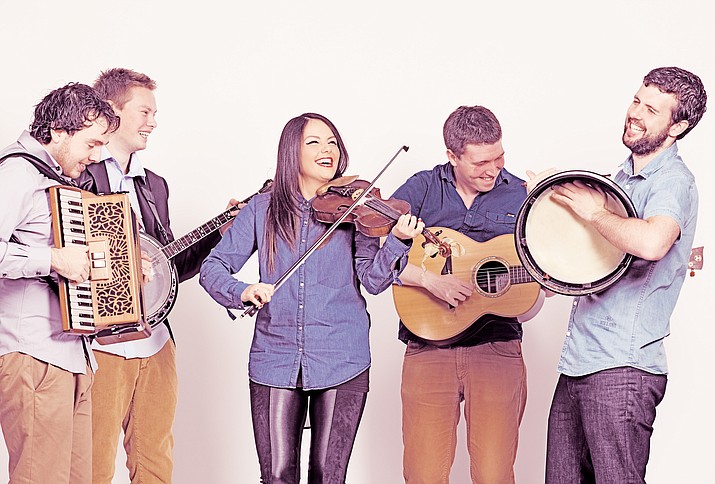 Most of the bands coming to Prescott for the Celtic Concert Series are very proficient on their instruments and Goitse is no different, McNabb said, calling them awesome instrumentally.

“This band has three vocalists that are very good singers, so you got a really good mix of instruments and vocals there,” he said. “Very lively.”

The band consists of Colm Phelan, Aine McGeeney, Tadhg O’ Meacair, James Harvey, and Conal O’Kane and they’ve won the Live Ireland “Trad Group of the Year” for 2015 award and the “Group of the Year” award for The Chicago Irish American News.

With St. Patrick’s Day coming up on Friday, March 17, the concert is a great opportunity for people to get into that Irish spirit, McNabb said, calling attention to the proficiency that they have. He also mentioned that the group cares so much about getting the right blend of sound that they bring their own sound person.

“It is very unusual to have that done because that’s quite a bit more expense that you’re adding on there,” McNabb said. “But they’re so concerned about that they make it worth it.”

General admission for the concert is $25 and $10 for college students. It’s free for anyone ages 19 and younger, McNabb said. Further, if anyone is unable to pay the full price, they should reach out to McNabb to see what can be done, he said, noting he wants to keep the enjoyment of Irish and Celtic music alive.