Supreme Court asks DOJ to chime in on ‘dreamers’ 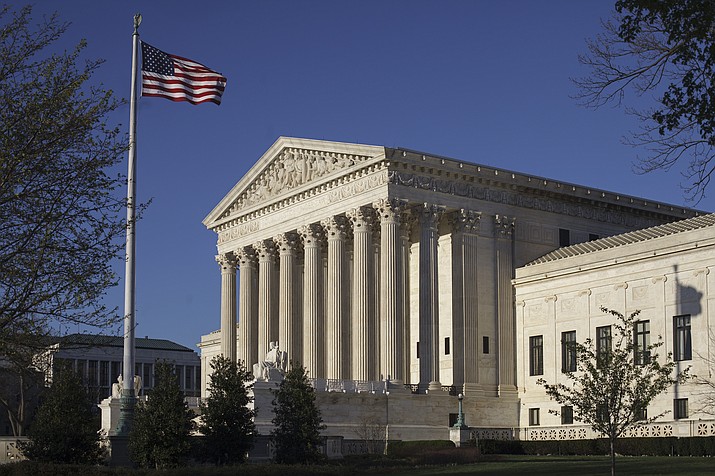 In a brief order Monday, June 26, the U.S. Supreme Court, pictured above, asked the Department of Justice for its views on whether those in the Deferred Action for Childhood Arrivals program are legally present in this country. The answer will affect wither "dreamers" living in Arizona can get driver's licenses.

PHOENIX — The ability of “dreamers’’ living in Arizona to drive could depend on what the Trump administration thinks.

In a brief order Monday, the U.S. Supreme Court asked the Department of Justice for its views on whether those in the Deferred Action for Childhood Arrivals program are legally present in this country.

The court gave no deadline for a response. But the order likely means that the justices won’t decide on the state’s bid to deny licenses until at least October — if not later.

It also means that the more than 21,000 DACA recipients who have been issued licenses following a federal appellate court order will continue to be able to drive in the interim.

The fact that the justices want to hear from the Trump administration is significant.

In 2014, the Department of Justice told the 9th Circuit Court of Appeals that the state’s policy of denying licenses to DACA recipients in contrary to federal law.

Assistant Attorney General Lindsey Powell told the judges that Arizona has no right to decide that some people the federal government allows to remain in this country are “authorized’’ to be here and that others are not. She said that as far as the federal government is concerned, all are equal under the law — and all are entitled to the same rights and privileges — including licenses.

“Arizona may not substitute its judgment for the federal government’s when it comes to establishing classifications of alien status,’’ Powell wrote.

But that brief was filed on behalf of the Obama administration which had adopted DACA in 2012.

That program allows those who were brought here illegally as children to remain if they meet certain other conditions, permission good for two years but renewable. They also are issued Employment Authorization Documents entitling them to work.

Now the Department of Justice reports to President Trump. And what he — and the agency — think about the program is unclear.

During the presidential campaign, Trump promised to repeal DACA the first day he was in office.

He did not do that. In fact, in the most recent announcement earlier this month, Trump’s Department of Homeland Security suggested it is in no immediate danger.

“The future of the DACA program continues to be under review with the administration,’’ the statement reads. “The president has remarked on the need to handle the issue with compassion and with heart.’’

But the agency said the statement was meant only to clarify that DACA would not be immediately canceled and “should not be interpreted as bearing any relevance on the long-term future of that program.’’

“It’s not surprising that the Supreme Court would like to hear what the federal government would have to say about the case,’’ said Victor Viramontes, senior attorney with the Mexican American Legal Defense and Educational Fund. But he said the legal analysis of DACA, which remain in effect, as well as the rights of those in the program remain the same.

“The only decisions up to now is what Arizona is doing is illegal,’’ Viramontes said. “Nothing’s really changed on that.’’

Still, he acknowledged that doesn’t mean the current Department of Justice will see things the same.

“It is a new administration and it’s really hard to know exactly what they will say,’’ Viramontes said.

What the Department of Justice says could help the high court decide whether then-Gov. Jan Brewer acted illegally in 2012 in directing the state Department of Transportation not to give licenses to DACA recipients.

In that order, Brewer said a 1996 state law says licenses are available only to those whose presence in the country is “authorized by federal law.’’ She took the position that the DACA program confers no legal presence on those in it but simply says they will not be pursued or deported.

Doug Ducey, who became governor in 2015, has left that order in place. And Attorney General Mark Brnovich has advanced the same legal arguments to the Supreme Court after the 9th Circuit rejected them.

In the interim, following an appellate court order, the state has been issuing licenses to DACA recipients. The last time ADOT updated the figures was in April 2016 when more than 21,000 dreamers had licenses.