NASCAR: Larson and McMurray make it 1-2 for Chip Ganassi at Sonoma 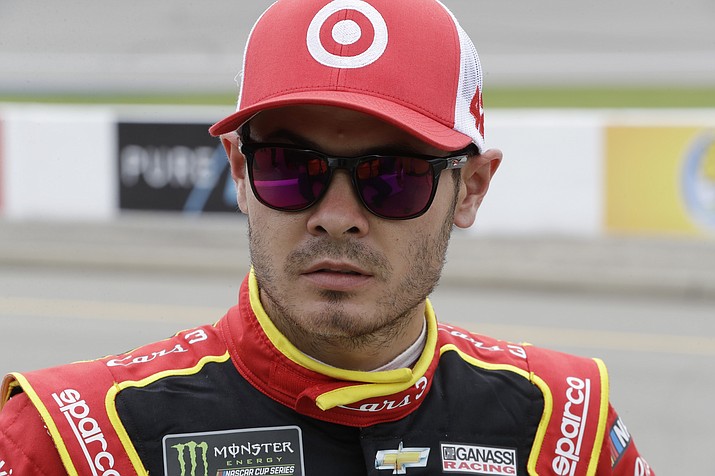 SONOMA, Calif. — Chip Ganassi likes winners, and his drivers have him in prime position to celebrate another victory.

Kyle Larson and Jamie McMurray swept the front row in Saturday qualifying at Sonoma Raceway to give Chip Ganassi Racing a 1-2 start on the wine country road course.

Larson turned a lap at 95.295 mph Saturday and just nipped his teammate, who ran his qualifying lap at 95.204 in the Ganassi Chevrolet. McMurray is seeking his first win of the season.

Larson is coming off a Cup win last week at Michigan — where he also started from the pole. In fact, Larson is on an incredible hot streak and, including his sprint car races, has four total wins in the last two weeks.

“The whole lap actually felt pretty bad,” he said. “I felt like I gave up enough there that I wouldn’t have a shot at the pole. So, I was surprised and I was happy about that. Jamie is always really good when we come to road courses. Especially when it comes to qualifying here at Sonoma. It was a big deal there to beat Jamie there in qualifying.

“Hopefully, we can be one-two in the race as well.”

Larson planned to be a spectator Saturday night at Calistoga Speedway, where best friend Rico Abreu was hosing a charity sprint car race that featured Abreu, Tony Stewart and Ricky Stenhouse Jr. As much as he wished he could get out and play with his friends in the dirt, the focus is Sunday for the Monster Energy Series points leader.

“This is cool to get a pole on a road course at my home state. This is my closest track to Sacramento, or Elk Grove, where I grew up. I have lots of friends and family here, we’re going to celebrate with the team, and then we’re going to head out to Calistoga and go watch some Sprint Car racing. So, I’m excited about that.”

McMurray noted that Ganassi had left Sonoma to return to the IndyCar event in Wisconsin, but the car owner would be reaching out to his drivers shortly.

“Kyle just got a little bit more. I thought he was going to give it back to me in Turn 11,” McMurray said. “That team’s been on a roll and our whole Chip Ganassi Racing team has been pretty awesome this year. I know Chip went back to Road America today and I’ll be getting a phone call soon. He’ll be pretty pumped.”

Martin Truex Jr., the most consistent driver this season, qualified third in a Toyota for Furniture Row Racing, and Kyle Busch was fourth in a Toyota for Joe Gibbs Racing.

AJ Allmendinger was fifth for JTG Daugherty Racing, and Danica Patrick was sixth for Stewart-Haas Racing in her best qualifying run of the season. She was also the highest qualifying Ford.

“Let’s be honest, I just love the area,” Patrick said. “And I had a glass of my wine before I made my lap. That’s a joke. But I am really comfortable here. I feel like I can just drive this place in my sleep because I’ve driven so many laps here over the years.”