Chivalry over Tokyo: The WWII story of Hap Halloran and Hideichi Kaiho (Part I) 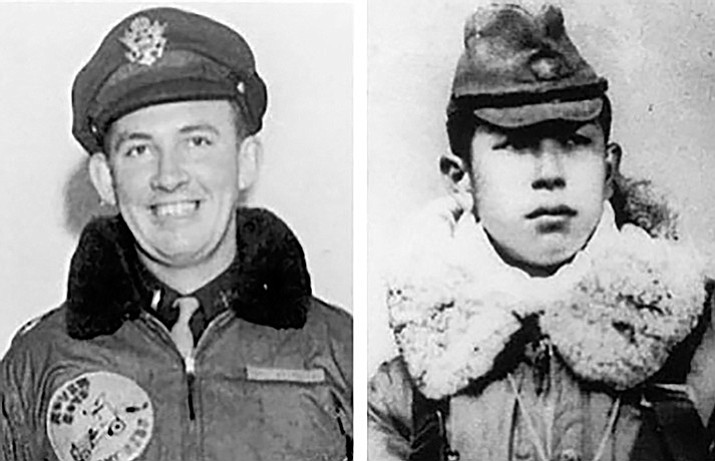 Twenty-two-year-old Raymond ‘Hap’ Halloran was the navigator in the crew of 11 young men onboard the B-29 called the Rover Boys Express.

The B-29 was a four-engine propeller-driven long range heavy bomber. It was one of the largest aircraft to see service in World War II and a very advanced bomber, with features such as a pressurized cabin, an electronic fire-control system, and remote-controlled machine-gun turrets.

It had been a little more than three years since the Empire of Japan attacked Pearl Harbor, bringing the United States into World War II. These massive bombers represented the determination and ingenuity of the U.S. and its allies.

The Japanese feared the B-29 because it had the power and reach to bring the war right to their homeland. This mission would take a Superfortress fleet 1,500 miles to the north, directly over Tokyo, the capital of the Empire.

When the planes flew over Mt. Fuji bursting anti-aircraft shells known as flak exploded around the B-29s. As they flew inbound toward their target the flak ceased and there was a lull. Suddenly, 300 Japanese fighter planes swarmed around the bombers.

According to historical data this was a record number of fighters ever used in an aerial defense. 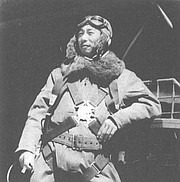 Japanese fighter ace Isamu Kashiide would later be known as the “King of B-29 Killers” for achieving the highest number of victories over the Superfortresses, above any other pilot during the war.

King of B-29 Killers

Among the Japanese pilots was fighter ace Isamu Kashiide. He was flying a Kawasaki Ki-45 Toryu (Dragon Slayer), a powerful twin-engine fighter heavily armed with one 37 mm and two 20 mm autocannons.

Most Japanese Army Air Force pilots agreed it was almost an impossible task for a single pilot to bring down a B-29. By January 1945 Kashiide had already shot down five confirmed B-29s. He would later be known as the “King of B-29 Killers” for achieving the highest number of victories over the Superfortresses, above any other pilot during the war. Kashiide had developed a frontal assault, aiming at the nose of the aircraft. This bold technique involved closing his eyes during the head-on approach and counting to time his attack and then make a rapid diving escape. This allowed Kashiide to stay on target without the mental distraction and fear caused by the shower of criss-crossing tracers and bullets coming from the Superfortress gunners.

In this aerial battle 32,000 feet over Tokyo Kashiide attacked the Rover Boys Express. His 37 mm rounds hit the plane squarely in the nose. The front of the B-29 suddenly exploded in noise and shrapnel, blowing out vital controls. Inside the pressurized B-29 the temperature instantly dropped from 50 degrees Fahrenheit to minus 58 degrees. The sudden decompression added to the terror of the moment. Rounds from the enemy guns created shrapnel, which joined the rounds ricocheting throughout the interior of the front of the aircraft.

The B-29 started banking and losing altitude, it was going down. One gunner had been killed and the 10 Rover Boys that remained alive hurriedly prepared to bail out. The rest of the B-29s continued on course for their target, leaving Rover Boys Express alone over Tokyo in a cold, hostile sky.

Hap bailed out at 27,000 feet and let himself free fall as long as he could. He had been trained not to open his chute early because the minus 58 degree temperatures could freeze a man to death during the long descent, and enemy fighters were known to shoot aviators as they descended.

See part 2: A Floating Target and an Unexpected Gift