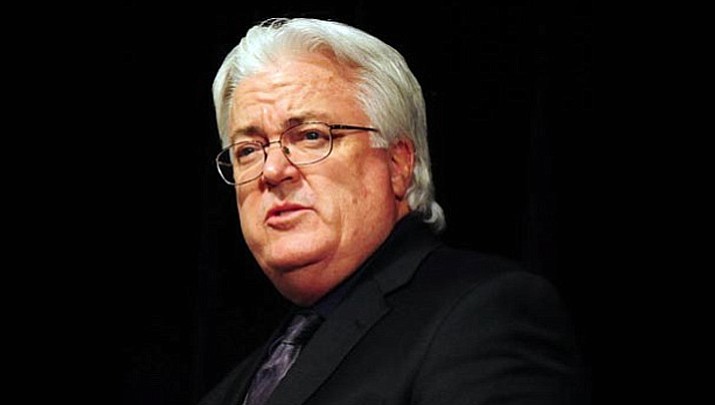 The Arizona Court of Appeals ruled Tuesday that “Dreamers” are not entitled to reduced tuition available to in-state students. Judge Kenton Jones, writing for the court, said the decisions by the Obama administration to let those who arrived in this country illegally as children to remain — and even to work — “do not translate into the recipients’ eligibility for in-state tuition or other state and local public benefits.” (Courier file photo)

PHOENIX — “Dreamers” are not in this country legally and not entitled to reduced tuition available to in-state students, the Arizona Court of Appeals ruled Tuesday.

In a unanimous decision, the judges rejected the arguments by attorneys for the Maricopa County Community College District that students’ legal status under the federal Deferred Action for Childhood Arrivals program means the federal government considers them to be legally present in the country. The college governing board used that argument in 2013 to institute a policy to say that DACA recipients no longer had to pay non-resident tuition.

But Judge Kenton Jones, writing for the court, said that’s not the case.

He said DACA, instituted in 2012 by the Obama administration, simply protects those in the program from being deported. And DACA status also allows them to work legally while they are here.

Jones noted, however, that in 2006 Arizona voters approved Proposition 300 which says in-state tuition is reserved only for those with “lawful immigration status.” And he said the decisions by the Obama administration to let those who arrived in this country illegally as children to remain — and even to work — “do not translate into the recipients’ eligibility for in-state tuition or other state and local public benefits.”

More to the point, Brnovich said the ruling simply upholds the will of the voters.

“I think Arizona voters clearly sent a message when they passed Prop 300 that those that were in this country undocumented, that they would not be given public benefits,” he said.

But Victor Viramontes of the Mexican American Legal Defense and Educational Fund, which represents affected DACA recipients, said he reads federal laws allowing the creation of deferred-action programs to give people the legal right to stay. And he said the state cannot decide for itself who is here legally and who is not.

And Karina Ruiz, board president of the Arizona Dream Act Coalition, vowed to keep up the legal fight. She cited her own efforts to get a bachelor’s degree in biochemistry from Arizona State University, a degree it took her 12 years to get because of the financial problems of having to pay non-resident tuition.

“I don’t want any other student to go through that,” she said.

Tuesday’s ruling affects more than the Maricopa colleges which took the lead in 2013 by offering offer resident tuition to dreamers.

In 2015, after a trial judge sided with the colleges, the Arizona Board of Regents changed its policy and also offers in-state tuition to DACA recipients who meet other residency requirements. As of December a regents spokeswoman estimated there were 240 students who have qualified.

But Tuesday’s ruling may not be the last word. College spokesman Matthew Hasson said the governing board will meet with its attorneys next week in executive session and decide whether to seek review by the Arizona Supreme Court.

Nothing in the ruling keeps DACA recipients -- and even those who have no legal status at all -- out of either community colleges or universities. But requiring them to pay out-of-state tuition would be a significant practical hurdle.

At the Maricopa colleges, county residents pay $86 for a credit hour. The out-of-state rate, which will now apply unless the ruling is overturned, is $241 per credit hour.

With a typical two-year degree equal to 60 credits, the additional cost totals about $9,300.

Hasson said there are 2,056 DACA recipients currently benefiting from the lower tuition.

The differences are also significant in the university system.

At the University of Arizona for example, tuition and mandatory fees for Arizona undergraduates this past school year is $10,872 for continuing students and $11,403 for new ones; for non-residents the comparative numbers are $30,025 and $32,630.

At issue is that question of the legal status of DACA recipients.

The 2012 action by the Obama administration says those who arrived legally as children and meet other conditions can qualify for the program. Put simply, that status, which can be renewed biennially, means they are in no danger of being deported.

President Trump has so far left the policy undisturbed.

“They are more aptly described as beneficiaries of an executive branch policy designed to forego deportation of those who lacked unlawful intent in entering the country and have, since their arrival, led productive lives,” the judge wrote. “However, even accepting DACA recipients’ positive societal attributes, Congress has not defined them, or deferred-action recipients generally, as ‘qualified aliens’ who are ‘lawfully present’ and therefore eligible to receive in-state tuition benefits.”

Jones acknowledged that Congress has given individual states the option of offering state or local public benefits to those not here legally. But he said that has been precluded in Arizona by Proposition 300, making any action to the contrary by college governing boards illegal.

Tuesday’s ruling does not affect the separate legal question of whether DACA recipients are legally entitled to state-issued driver’s licenses.

That fight is based on a separate 1996 law which says licenses are available only to those whose presence in this country is “authorized by federal law.” That is separate and distinct from the question of “lawful immigration status” which is the touchstone for reduced tuition.

A federal appeals court has ordered Arizona to provide licenses to DACA recipients. Brnovich has appealed that to the U.S. Supreme Court.