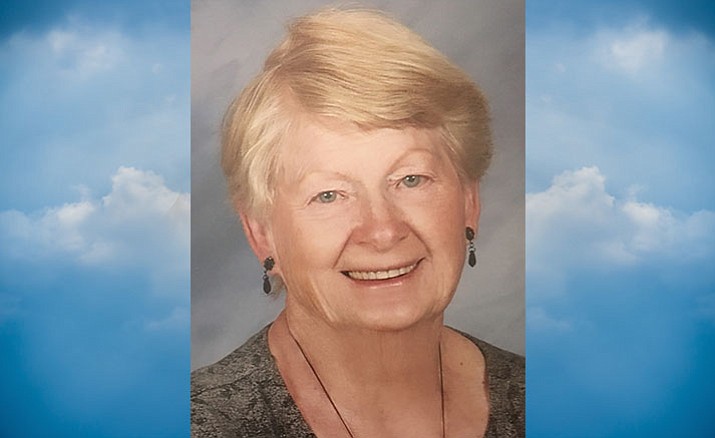 Geraldine (Gerrie) Ruth Garrison, age 86, died Sunday, May 14, 2017, in her home in Prescott, Arizona. Born in Arlington, Massachusetts, on June 26, 1930, Gerrie was very proud of her New England upbringing.

From 1966-67, she attended night classes at Phoenix Union High School to become a nurse. During her career, she worked at many of the Phoenix hospitals, several in the Los Angeles area and locally at Yavapai Regional Medical Center.

Geraldine was an avid reader and an armchair historian who loved collecting recipes and had a great interest in travel. She traveled extensively through Europe, Canada and Mexico.

She was a member of the local chapter of The VASA Order of America (her Scandinavian club), Trinity Presbyterian Church and the Martha’s Circle group, a local TOPS chapter and took classes through OLLI at Yavapai Community College.

Geraldine was preceded in death by her father, Delmar David Trott; her mother, Annie E. Trott; her sister, Beryl E. Bailey; and her beloved cat, Mei-Mei.