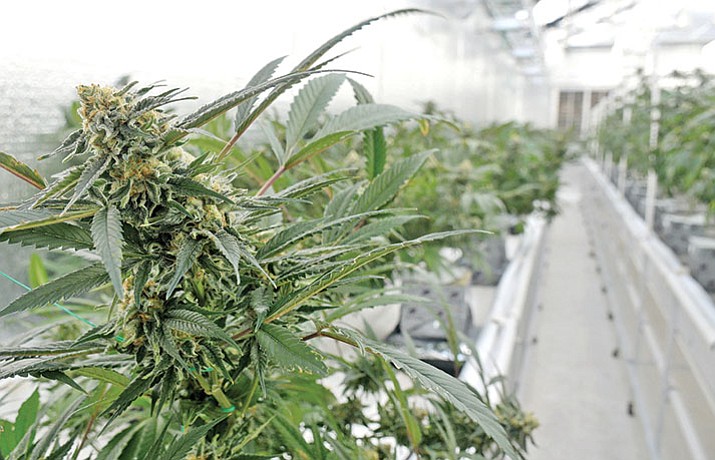 PHOENIX — The state’s top prosecutor wants police to be able to arrest people for having marijuana on college and university campuses, even if they have a state-issued card allowing them to buy and use the drug.

In new court filings Thursday, Attorney General Mark Brnovich contends the Arizona Court of Appeals erred earlier this year when the judge voided a 2012 law which made possession of the drug on campuses a crime.

The appellate court said that is directly contrary to the 2010 initiative which legalized marijuana for medical use. While that law barred marijuana possession on public school grounds, it made no mention of college campuses.

More to the point, the judges said the Voter Protection Act, part of the Arizona Constitution, bars lawmakers from altering the voter-approved law.

But Brnovich, in arguments to the state Supreme Court, is pointing out that the constitution does allow lawmakers to amend initiatives if the change “furthers the purpose” of what voters originally approved. And he contends the 2012 law fits that exception — an argument specifically rejected by the Court of Appeals.

The case before the high court involves Andre Maestas.

A student at Arizona State University, he was arrested in 2014 by campus police on a charge of obstructing traffic after they found him sitting in an intersection.

When police arrested him they found a medical marijuana card in his wallet. Questioned about it at the station, he admitted having marijuana in his room, giving police what they needed for a search warrant.

Police found about 0.4 grams of the drug -- less than 0.02 ounces -- far below the 2 1/2 ounces medical marijuana users are allowed to legally possess.

Originally charged with a felony under the 2012 law, prosecutors reduced that to a misdemeanor, a move that meant Maestas was not entitled to a jury trial. Maricopa County Superior Court Judge Dean Fink found Maestas guilty, placed him on unsupervised probation, and imposed a $1,000 fine.

But the Court of Appeals, in a ruling in April, said making criminals out of medical marijuana users doesn’t further the purpose of what voters approved.

“To the contrary, it eliminates some of its protections,” wrote Judge Peter Swann for the three-judge panel. And that, he said, makes the 2012 change in law criminalizing medical marijuana possession on campuses illegal.

Undeterred, Brnovich is making some of the same arguments to the state’s high court. And that starts with the fact that marijuana remains a felony under federal law despite what voters in this state and elsewhere have decided.

Federal funding for universities is conditioned on compliance with federal law,” he wrote. And Brnovich said the 2010 Arizona Medical Marijuana Act specifically allows universities to restrict and penalize cardholders to protect their federal dollars.

The appellate court ruling did not dispute that. In fact, Swann said lawmakers -- or even the universities themselves as the owner of buildings -- can enact regulations against marijuana possession on campuses.

“To the extent a person violate such rules or prohibitions, the state can have the offending party removed or charged with trespassing,” Swann said. “The Arizona Medical Marijuana Act does not stop it from creating such policies.”

What lawmakers may not do, he said, is make criminals out of medical marijuana users just because they bring their drugs on campus.

Brnovich, however, is urging the Supreme Court to take a narrower approach to what the legislature can and cannot do to voter-approved laws.

He said it would be one thing if the 2010 law explicitly required that medical marijuana be allowed on college campuses.

He also pointed out the 2010 law already lists places where medical marijuana is not allowed, places like public schools and prisons. And the law says even cardholders cannot smoke the drug in public.

The way Brnovich sees it, those existing restrictions give license to lawmakers to add to the list.

“Adding public colleges and universities to the list does not somehow deprive the voter initiative of force and meaning, but rather gives effect to the provision permitting restrictions by publi universities and colleges to protect federal funds,” Brnovich told the justices. “The legislature acted well within the authority it retains under the Voter Protection Act to amend the Arizona Medical Marijuana Act in ways that further its purposes.”