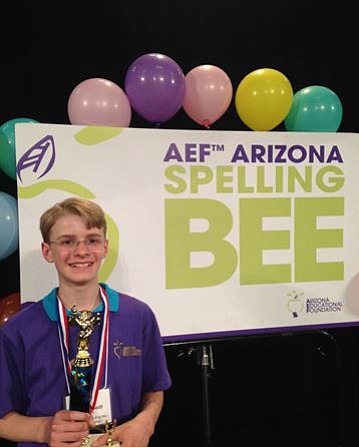 The 2017 Arizona State Spelling Bee consisted of 27 students from Arizona’s 15 counties. The bee lasted 29 rounds. The field was cut to five contestants after 13 rounds. Following the 14th round, the field was cut to the final two spellers, Tanner Dodt, a seventh-grader from Heritage Christian Home Educators in Yavapai County, and Penda Ba, an eighth-grader from Sossaman Middle School in Maricopa County. This year’s Arizona State Spelling Bee lasted more than five hours.

The Arizona PBS broadcast is available with highlights from the event on the Arizona PBS website at www.azpbs.org/spellingbee/2017.