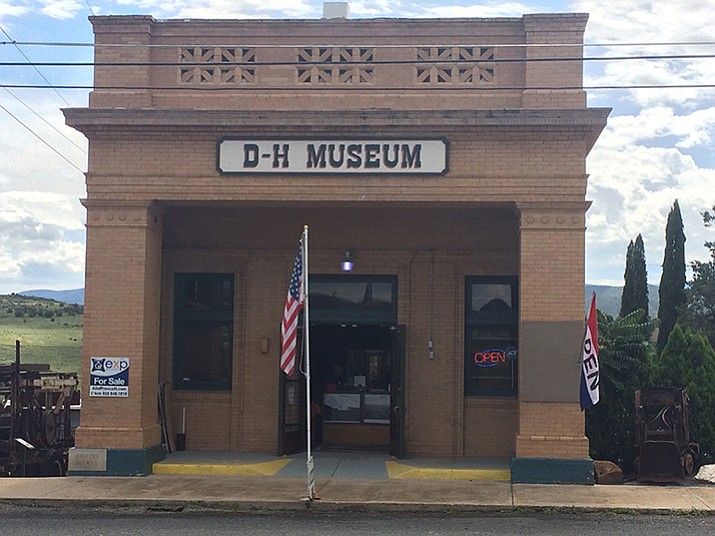 The Dewey-Humboldt Museum, 12925 S. Main St, is closing its doors this week, with its final day open to the public on Saturday, July 29, according to an email from Historical Society President David Nystrom, stating the lease for the Old Bank Building will not be renewed past August.

“It appears the property has been sold by Gateway Baptist Church and the new owner is not interested in continuing a lease with the Historical Society,” Nystrom wrote. “As disappointing as this news is, it will do each of us well to remember that the Dewey-Humboldt Historical Society is not the museum — the museum is but one way of many in which we accomplish our overall mission.

“This mission will continue as we seek both short-term and longer-term alternatives to the current location for the museum.”

The museum’s closing follows a special election in March where the citizens of Dewey-Humboldt voted against the town buying the property. The special election was a result of a referendum put together by Councilman Jack Hamilton and former council members Nancy Wright and Dennis Repan, after the Town Council adopted a resolution approving the purchase of the property.

It’s sad and disappointing, said Dewey-Humboldt Town Councilwoman Victoria Wendt, commenting that she wishes there was something she could do to help the Historical Society. It’s a great loss to the community, she added.

“I feel badly for the Historical Society and all their members,” she said.

The Dewey-Humboldt Historical Society’s next meeting is Wednesday, Aug. 9, at 5:30 p.m. at the Agua Fria Church, 2880 S. Second St. The meeting is open to the public and will cover details and options as the Historical Society considers its path forward, Nystrom wrote.