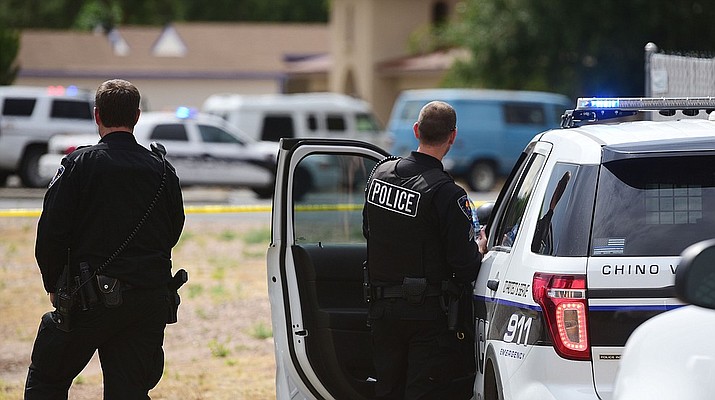 Martin Louis Avena’s vehicle, an older-model blue van, was spotted in Chino Valley and pulled over in the 400 block of Palomino Road. The 70-year-old was shot by a YCSO deputy and a Chino Valley Police Department officer on Friday after allegedly threatening them with a gun.

Deputy Theresa Kennedy and CVPD Officer Jeffrey Pizzi shot Avena, 70, of Paulden, during a traffic stop in the 400 block of Palomino Road when he confronted both of them with a gun, D’Evelyn said.

Authorities had been looking for Avena after a domestic violence incident in Paulden, had been given a vehicle description and were told he was armed.

D’Evelyn said there is video of the confrontation from a deputy’s body camera, and that it might be released “in the next few days.”

Watch the Courier and dCourier.com for details as they are made available.