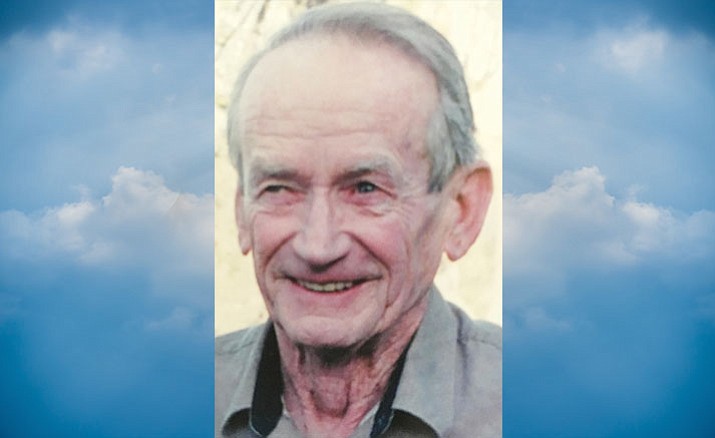 John ‘Jack’ Vincent Helmann, passed away at home on Monday June 5, 2017 following a brief illness. Jack was born on August 21, 1928 in Hastings, Nebraska to Raymond and Dorothy Helmann.

As a young lad, his family moved to Seattle, Wash., where he attended West Seattle High, graduating in 1946. Jack received his Bachelor of Science in Mathematics from the University of Washington in 1950. He then began a career in Aerospace that ran almost 40 years, the final 29 years of which were spent at Lockheed Missiles and Space, Co. in Sunnyvale, Calif., where he retired in 1988. Jack was predeceased by his beloved wife of over 30 years, Clare Faye Helmann, in 1991.

In 1996 Jack relocated to the destination of his dreams, Prescott, Ariz. He became very involved in the community, serving on the Board of Trustees of the Phippen Museum for several years.

He loved looking for treasures at local thrift and antique shops. Jack was a fun-loving man who shared many interests over the years with his family and friends such as tennis, lapidary and western art. He will be remembered for his sense of humor and the love that he shared with so many. He was predeceased by his partner of the last decade, Josephine O’Conner, in December of last year. Jack is survived by his eight children, Kyle Allen (Mt. Vernon, Wash.), Darcy Quane (Pine Grove, Calif.), Leslie Andres (Phoenix, Ariz.), Dana Foltz (Bothell, Wash.), Valerie Dewey (Congress, Ariz.), Matthew Helmann (Phoenix, Ariz.), John Helmann (Ithaca, New York) and Greg Helmann (Eugene, Ore.) and stepson Gershon Blackmore (Germantown, Md.). He is also survived by 19 grandchildren and 19 great grandchildren. A Celebration of Life will be held on September 2, 11:00 a.m., at the Yavapai Hills Clubhouse, 4975 Hornet Dr., in Prescott.