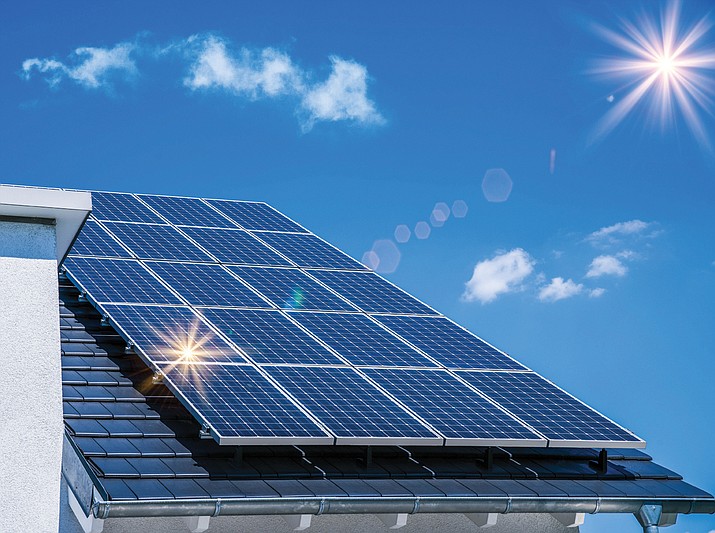 Home improvement trends come and go. What’s popular among today’s homeowners may feel dated to prospective buyers a decade from now. But solar energy is one home improvement trend that does not figure to go the way of sunken living rooms or popcorn ceilings.

According to the Solar Energies Industry Association, solar energy experienced a compound annual growth rate of more than 60 percent between 2006 and 2016.

Solar energy has also done wonders to improve the employment rate. According to the Solar Foundation’s National Solar Jobs Census, in the United States there were more than 260,000 solar workers in 2016, an increase of 25 percent from the previous year.

Things are equally rosy in Canada, where the Government of Canada reports installed capacity for solar thermal power has experienced a compound growth rate of nearly 14 percent since 2004.

The search for a renewable energy source has led many people to embrace solar energy, but there are many more reasons for homeowners to embrace going solar.

• Return on investment: Many people considering solar energy for the first time may experience some sticker shock when they learn the cost of installing solar panels on their homes. But data from the EnergySage Solar Marketplace indicated that, in the first half of 2015, solar shoppers who compared their options achieved payback on their solar investments in 7.5 years.

So in addition to the monthly savings on their utility bills, homeowners can expect to recoup their solar energy investments in a relatively short period of time.

• Property value: Whether they plan to do so in the near or distant future, homeowners with an eye on selling their homes may be interested to learn that a recent study from the Lawrence Berkeley National Lab found that solar panels can significantly increase property value.

The study analyzed the sales of more than 20,000 homes in California, Connecticut, Florida, Massachusetts, Maryland, North Carolina, New York and Pennsylvania, suggesting the desire for solar energy among prospective buyers is not exclusive to a particular region of the country.

• Energy independence: According to the U.S. Energy Administration, most of the energy consumed in the United States comes from fossil fuels like petroleum. The EIA also notes that, in 2016, the United States imported about 10.1 million barrels of petroleum per day.

By embracing solar energy, Americans and citizens of any country that relies heavily on foreign oil imports, can take a big step toward increasing their energy independence.

The use of solar energy is on the rise, and there are many reasons for homeowners to embrace this increasingly popular energy source.