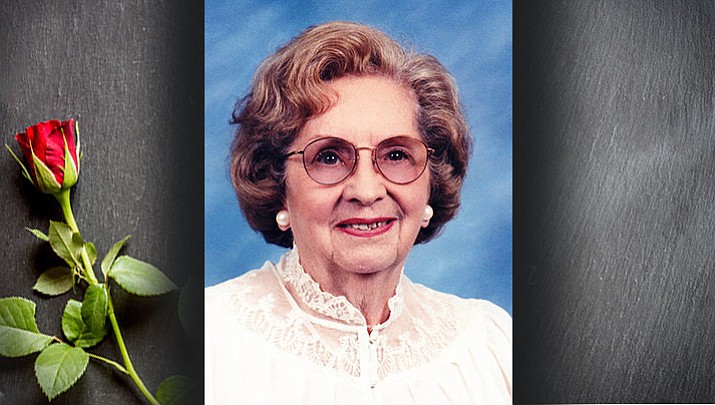 Mary Fern Mendenhall passed away peacefully July 9, 2017, in Prescott Valley, Arizona. She was born in Agatite, Texas, to Charley and Pearl (Burch) Newby on Jan. 28, 1917.

Mary Fern celebrated her 100th birthday in January with family and friends.

Mary Fern married J.R. Scott in 1936. They had two children. After their divorce she married Charlie Mendenhall in 1960. They lived in California for several years, then moved to Prescott Valley to be near family.

She is survived by her daughter, Ramona Walker of Prescott Valley, Arizona; and son, Richard Scott of Cape Coral, Florida; grandsons and their wives, Mike and Mary Beth Walker of Garden Grove, California, and Kevin and Lisa Walker of Prescott, Arizona; two step-granddaughters, Melanie and Robin of Seattle, Washington; and six great-grandchildren.

Burial will be in Seattle beside Mary Fern’s husband who passed in 1998.