Haddad: Reporting a DUI - are we as brave as a 13-year-old girl? 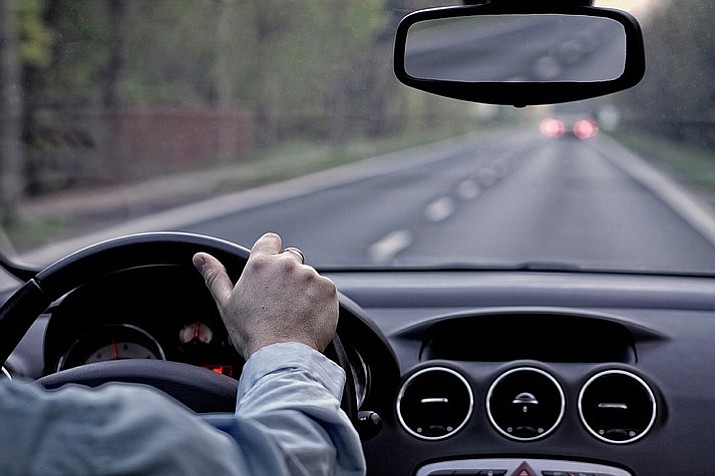 Some years ago a Michigan man was arrested on drunken driving and child endangerment charges after his 13-year-old daughter called 911 from the backseat of the van he was driving.

According to police reports at the time, the girl was frightened and pleaded with her father not to drive. Her father, 39-year-old Pawel Bozek, was traveling on a major interstate bound for Florida and was oblivious to his daughter’s call for help. When he was arrested police found an opened 40-ounce bottle of alcohol in the vehicle and his blood alcohol level measured 0.223 percent, nearly three times the legal limit.

Richard Rondeau, then executive director of Mothers Against Drunk Driving (MADD) of Southeast Michigan applauded the girl for her actions. “Who is the more adult person in that van?” Rondeau said. “She was very brave for doing something like this.”

How brave are we when it comes to reporting drunken drivers?

There is an ongoing debate over which is more effective in stopping drunk driving -- education or stiffer penalties and enforcement. Government and private action have been taken on both fronts.

Arizona has some of the most severe DUI penalties in the country. In 2007 the state introduced tough legislation to distinguish DUIs into separate degrees of severity levels based on a driver’s blood or breath alcohol concentration. The legislation allows police to impound vehicles and courts to impose costly fines and longer jail times. The law even allows impounding vehicles for driving on a revoked or suspended driver’s license, which is a common cheat strategy of repeat DUI offenders. According to data gathered by MADD, 50 to 75 percent of convicted drunk drivers continue to drive on a suspended license.

While I’m glad to see tough laws that crack down on this irresponsible behavior, MADD reports that the average drunk driver has driven drunk over 80 times before their first arrest.

But there is another powerful, often untapped, tool to stop drunk drivers that fits in the palm of our hand. If we are brave enough to use them, cellphones (used responsibly) can save lives and reinstate accountability.

People who drive under the influence often try to convince others that reporting them to the police is unnecessary or unfair. They may argue that it’s unjust to place them in the same category as someone who discharges a gun or pulls a knife on a victim because their motives are not malicious. They often plead for leniency and cite how they are a respectable businessperson or a contributing member of society.

Innocent people die, families are destroyed and still, they don’t get it.

Statewide, there were 272 drunk driving fatalities in Arizona, representing a 36 percent increase from last year and 31 percent of all total traffic deaths.

It breaks my heart when we have to print another headline about an innocent child or family member who is killed because someone lacked self-control.

Please join the voices of countless parents, spouses, children and friends who needlessly lost their loved ones because of an irresponsible, unnecessary decision.

It’s time to speak up.

If you know or suspect someone is driving intoxicated report them by calling one of these numbers:

If you see a life-threatening situation involving imminent danger, call 911.

There will be times when it might be extremely hard to make the call, especially if you are reporting a co-worker, a loved one, a friend or a father. But we can all be as brave as a 13-year-old girl.

Richard Haddad is Director of News & Digital Content for Western News&Info, Inc., the parent company of The Daily Courier. This column originally appeared as a blog entry on dCourier.com.The Chino Valley Police non-emergency phone line in this column has been corrected to reflect a 24-hour number.