Pursuit suspect leads cops on chase from Congress to Witmann; escapes on foot 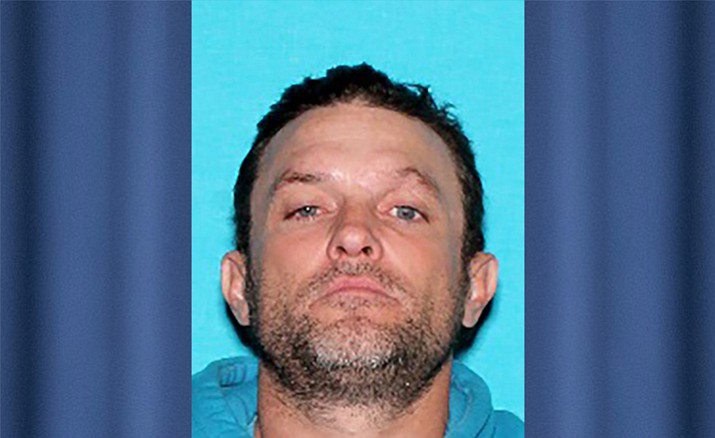 A man who led Sheriff’s deputies on a 100-mph pursuit in a stolen car, on July 5, from Congress to Witmann, finally dumped the car and ran, escaping his pursuers, according to Dwight D’Evelyn, Sheriff’s spokesman.

David Pendleton, a 43-year-old Nevada resident, was driving south of Highway 93 at about 11:30 p.m. in a green Honda sedan when a deputy behind him checked the license plate and found the car was stolen.

When Pendleton realized the deputy was behind him, he turned off onto Rancho Casitas Road and sped away, D’Evelyn said. After circling the area, Pendleton got back onto Highway 93, still headed south.

Pendleton sped up, and, by the time he was nearing Vulture Mine Road, was doing 100 mph as he passed four cars and a semi by crossing into the oncoming traffic lane and forcing a car to run off the road.

The pursuit continued onto Highway 60, when “an object was thrown from the Honda which struck the lead pursuing Sheriff’s vehicle with a loud ‘bang,’” D’Evelyn said, but it missed the windshield. Other thrown objects did hit the windshield.

At about milepost 128, the car struck stop-sticks laid down by Maricopa County Sheriff’s deputies, and the car slowed down.

“The Honda ended up on Crozier Road by the Wells Country Store before driving down a dead-end road where it came to a sliding stop as it collided with a barbed wire fence,” D’Evelyn said.

Pendleton got out and ran, eluding the deputy behind him.

Despite deputies from both Yavapai and Maricopa Counties ground search, and a Department of Public Safety helicopter, he was not found.

In his car, deputies found Pendleton’s ID, and they confirmed that the photo on it was the same man as the Honda’s driver, D’Evelyn said.

They also found marijuana and a black BB gun modified to look like a real gun.

D’Evelyn asked anyone with information about where he can be found to make an anonymous call to Yavapai Silent Witness at 1-900-932-3232. Callers are eligible for a cash reward if their tip leads to an arrest.