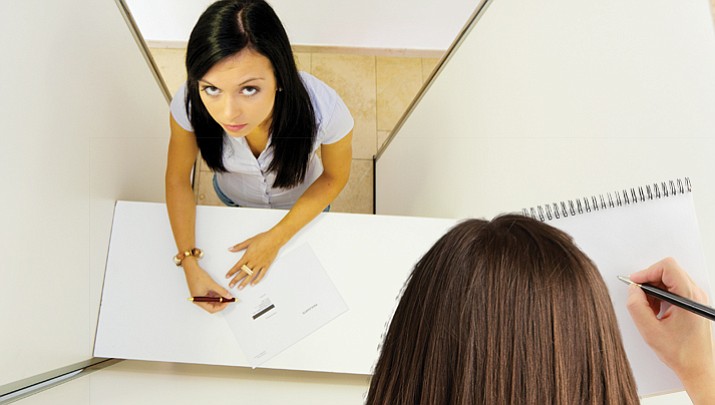 Kobach’s request to THE states:

Kris Kobach, vice chair for the Presidential Advisory Commission on Election Integrity, sent letters to Secretaries of State dated June 28 that “publicly-available voter roll data for [Arizona], including, if publicly available under the laws of your state, the full first and last names of all registrants, middle names or initials if available, addresses, dates of birth, political party (if recorded in your state), last four digits of social security number if available, voter history (elections voted in) from 2006 onward, active/inactive status, cancelled status, information regarding any felony convictions, information regarding voter registration in another state, information regarding military status, and overseas citizen information. … Please be aware that any documents that are submitted to the full Commission will also be made available to the public.”

Arizona Secretary of State Michele Reagan said she will not release Arizonans’ voter data to Kris Kobach, vice-chairman of the Presidential Advisory Commission on Election Integrity, following his request that personal and public data to be turned over to the Commission.

Reversing her June 30 decision saying she would comply with only that data allowed for public disclosure, Reagan was calling the request a “hastily organized experiment.” By July 3, she opted to withhold any provision of registration records “based on the best interests of the State of Arizona.”

President Donald Trump appointed the commission to look into possible voter fraud. Trump has claimed that he lost the general election vote to Hillary Clinton because of voter fraud. No evidence has surfaced to support that claim.

Yavapai County Recorder Leslie Hoffman said Reagan’s response to the letter was similar to what she would have written had the letter been sent to counties instead of states.

“There’s not a whole lot to say since the letter wasn’t even sent to us, but she (Reagan) did reach out to the counties (before writing the second statement),” Hoffman said.

About half a dozen voters contacted the county recorder’s office with their concerns over privacy and the information going out.

“A lot don’t realize these are public records. We are a government entity, we have to provide information to the public,” Hoffman said. “What we don’t provide is that personal, private information.”

By state statute, under which Yavapai County is governed, anyone can go to the Recorder’s Office and ask to review voter registration information. Personal information is redacted, or removed, before handed over. The review has to take place in the office, and staff does not make or give out copies.

Candidates wanting to look over the signatures on their opponents’ petitions, for example, must do so in the office where a staff member remains in the room. They cannot take original or copies of documents out of the room.

Some states are a little more liberal with their rules, some a little stricter. Hoffman said Arizona is “pretty much average.”

“What I tell them is, with every public records request for voter information, it has to meet certain criteria. We do redact information off the list. No date of birth, no driver’s license number, we don’t give out the last four digits of a social security number,” she said.

What can be given out is a voter’s name, address, and party designation.

If voters should decide to take themselves off the registration rolls, they should be aware they have to re-register 29 days before the next election if they wish to vote – again, this follows state statutes. The next primary election takes place Aug. 29 in Prescott.

“We don’t get to be very discretionary in our jobs. It’s all statute driven,” Hoffman said.

“The Commission itself is a distraction from the real issue of voter suppression, and that efforts to ‘investigate voter fraud’ threaten our most fundamental voting rights,” Carson stated.

“We are working all the time to keep voter registration clean. We work every day. We run that report once a week and continually check death records,” Hoffman said.

Reagan’s statement included doubts about Kobach’s request. “Thus, the Secretary was skeptical that Arizona’s voter roll would shed light on any ‘vulnerabilities and issues related to voter registration and voting’ you appear to be investigating in other states.”

According to NBC News, as of Thursday morning, July 6, 45 states and the District of Columbia have declined to release either confidential information or any requested data at all. Nineteen have flatly refused to comply with the request.

Kobach, Kansas’ secretary of state, cannot comply with the request because, under his state laws, Kansas voters’ Social Security information, like so many other states, is not available to the public.

Anyone with questions about voter registration in Yavapai may call the County Recorder’s Office at 928- 771-3244.

Arizona declines request for extensive voter info
Letter: Looking for fraud
Last day to register to vote Oct. 10 ... or is it?
Inside Yavapai County elections: Friday is the deadline to request early ballot
Micek column: Republicans and Democrats push back against Trump