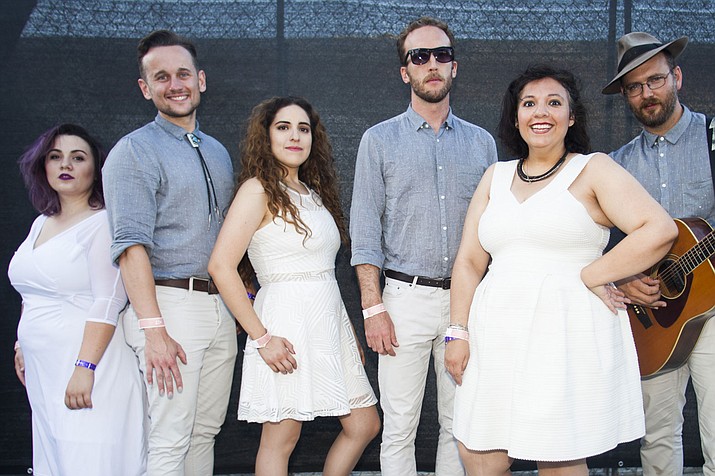 When The Eagle Rock Gospel Singers’ manager came to him about seeing if there was a place for the band to do a Folk Sessions concert during their tour, Folk Sessions Director Tom Agostino said it was the first time he had heard of the band. However, having them fulfilled something he’d wanted to do for some time, Agostino said.

“I’ve been wanting to do a gospel concert for quite a while,” he said. “I just love gospel music and I just love to be able to sit in an audience and sing some gospel songs.”

The concert is set for Tuesday, July 11, at the Elks Theatre and Performing Arts Center, at 7 p.m. and Folk Sessions is offering half price tickets with the discount code Gospel to celebrate the joyous healing power of music as the community recovers from smoke, ash and fire, according to a news release from Agostino. With the discount code, tickets go from $20 to $10 and they are available online at www.prescottelkstheater.com. Tickets are also available by calling 928-777-1370 or at the box office one hour prior to the performance.

Opening for The Eagle Rock Gospel Singers is Three-Legged Dog, a band Agostino said is one of his favorite Arizona bands, having worked with them several times. They have 17 different instruments on stage when they play, he said.

“Every song has a really different feel to it,” Agostino said, commenting that since the band is so rooted in traditional and interesting Americana, they go deep into obscure yet beautiful gospel. “I thought it would be a really nice group to put in and I added myself and my wife to the bill because I mostly, these days, write gospel songs. The last five songs I’ve written have all been gospel tunes.”

As for The Eagle Rock Gospel Singers, they’re a band just hitting their stride, having recently released an album about two weeks ago, Agostino said. They’re getting incredible reviews and acknowledgements, making this a great time to catch them for a concert in Prescott, he said. Utilizing that old-style southern gospel feel to their music, they’re the kind of band that will fill the Elks Theatre, Agostino said.