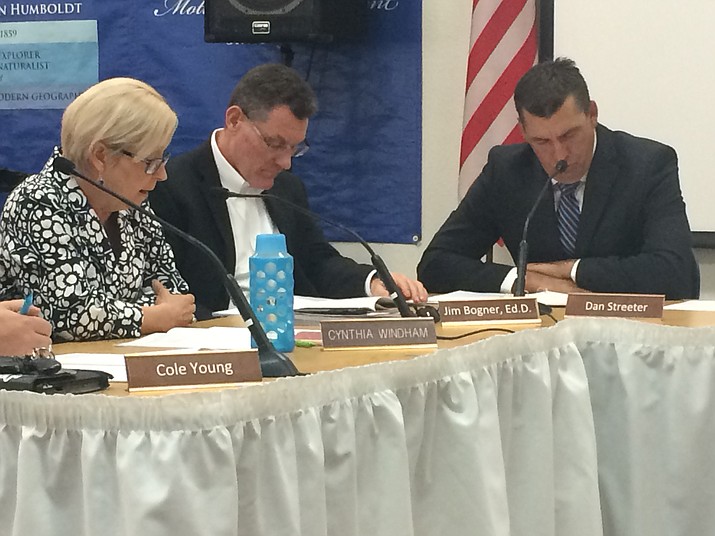 With Arizona school districts required to propose a budget for the upcoming school year by Wednesday, July 5, the Humboldt Unified School District approved their proposed budget for the 2017-2018 school year on Tuesday, June 27. The budget is projected to be $39,391,407. The largest aspect of that budget is the maintenance and operation budget, projected to be $33,576,391, said HUSD Financial Director Cynthia Windham. That amount includes a budget balance carry forward estimated to be a little more than $3 million, Windham said, mentioning that the cap on the budget balance carry forward was four percent in previous years but that provision is no more.

Wages will require an adjustment in the middle of next year as the minimum wage will be raised again in January 2018, Windham said.

“The district is currently analyzing the impact of Proposition 206 for future years,” she said.

Also included is the capital budget, which is projected to be slightly more than $5.8 million including any anticipated carryover funds as well as $4.9 million in remaining capital reserves, Windham said.

Governing Board Vice President Suzie Roth voiced her appreciation for Windham following her explanation of the proposed budget.

“I appreciate your hard work and your conservative nature,” Roth said, calling the budget a web. “You get it.”