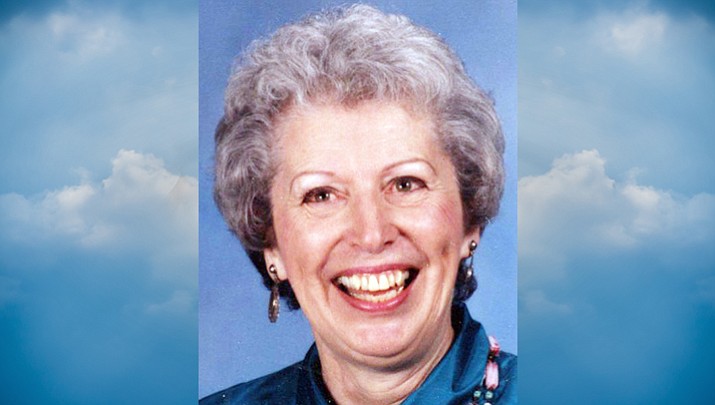 After graduating from high school in St. Cloud, Lucy received her AA degree from Stephens College in Columbia, Missouri, in 1949. She received her BS and dental hygiene degrees from the University of Minnesota at Minneapolis in 1952. Lucy worked as a dental hygienist in Minnesota and later in southern California, where she married George Geib in 1966. They lived in La Jolla and, later, Fallbrook where they built a home on a small acreage and grew avocado and citrus trees. They retired in 1988 and moved to Prescott, where they volunteered as tour guides at Sharlot Hall Museum and for the Chamber of Commerce. They taught 55-Alive safe driving classes for many years. They enjoyed traveling all over the world to places such as the Amazon River, Spain, Russia, and the Caribbean islands.

In 2004 they moved to Nebraska to be closer to their daughter, Sandy, and her husband, Barry. Lucy was a 60-year member of P.E.O. and was active in chapters in Minnesota, California, Arizona, and Nebraska. She was a life-long member of the Episcopal Church everywhere she lived. She taught Bible study, Sunday school, and a church history class. She served as a Sunday school director, coordinator for newcomers and membership, editor of parish directories and newsletters, evangelism chair, and Communications Chair for the San Diego Diocese. She held various posts, including Deputy to General Convention, Regional Parish Convener, delegate to Diocesan Council, and Diocesan Standing, Resolutions, and Credential committees. She served as a vestry member, junior and senior warden at several parishes.

Lucy is survived by her daughter, Sandy (Barry) Benson of Bassett, Nebraska; a brother, Dr. George Miner of La Jolla, California; a sister, Virginia Carr, of Exeter, New Hampshire; sister-in-law, Marie Griffin, of Camarillo, California; two grandchildren, three great-grandchildren, and several nieces and nephews. She was preceded in death by her husband, George.

A memorial service was held June 19 in Nebraska. Memorials may be made to St. Luke’s Episcopal Church in Prescott.