Editorial: Use of all tools to fight fire requires balance 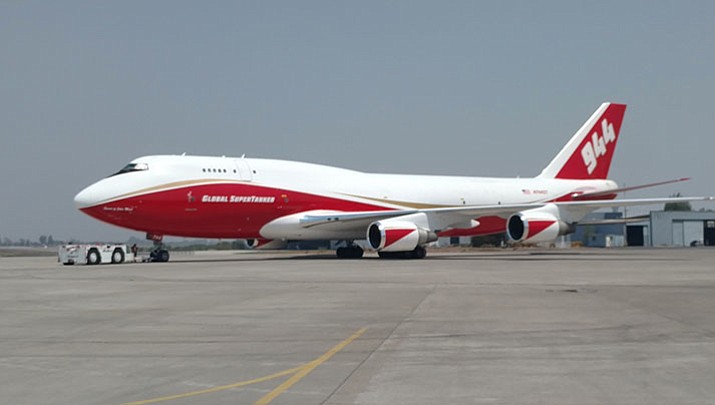 The challenge with a 747 airplane — converted to be a slurry bomber — being grounded for lack of certification truly goes back to 2004.

Forest Service officials canceled all 33 heavy air tanker contracts in spring 2004, with only five cleared to return to service a short time later. A Southwestern Regional Forest Service employee warned that “increased burn acres would be inevitable” without the heavy tankers, according to Courier archives.

On the contrary, also in Courier archives, the U.S. Forest Service and Bureau of Land Management (BLM) stated: “Wildland fires are managed and suppressed on the ground, not from the air.”

Retired Forest Service official Jim Paxon, who was the spokesman on the 2002 Rodeo-Chediski Fire in Arizona, wrote in a letter to Forest Service Chief Dale Bosworth: “None of these replacements can lay a line of retardant in heavy timber and none are even close to the capacity nor response time of a heavy air tanker,” Paxon said of the single-engine air tankers, military heavy tankers and helicopters brought in to cover the loss of the heavy air tankers.

The argument then was the heavy air tankers were aging planes dating back as far as the Vietnam War or more. Now, the 747 is good enough to fight fires in Argentina, but not certified in the U.S. by the Forest Service.

The 747 does burn more fuel but can lay down slurry 100 yards wide and for as long as three miles. Its owner argues its costs and efficacy are better than the other air tankers combined.

This past week, Gov. Doug Ducey in a visit to Prescott Valley said he does not want bureaucracy to get in the way of efficiency. He said we should have all resources aloft in an attempt to put down dangerous fires as soon as possible.

For us it becomes a double-edged sword.

First, taking a phenomenal tool out of the firefighting tool belt is ludicrous, if the tanker is safe to use.

However, the desire to put down fires immediately is what has led to our generation’s more intense and destructive wildland fires.

For more than 100 years, in the wake of firefighter deaths early in the 1900s, U.S. officials instituted the practice of immediately snuffing out nature’s way of cleaning the forest floor. This resulted in a century of overgrowth and danger in wait.

The path of the Goodwin Fire, for example, had not seen flame in as long as 50 years — building up with trees and undergrowth too thick to manage. In fact, part of what prevented the town of Mayer from taking a full-on assault from the fire was a burnout to its flank that altered the fire’s path this past week.

Thus, state and Forest Service officials should clear or certify all tools at hand, so that if they are deemed needed they will be available. If “deemed needed” obviously carries a balance between letting fire do its job versus preventing loss of life and property.

And, burnouts — often referred to as “prescribed” or “controlled” burns — play an important role as well.

Let’s not tie our officials’ hands at the wrong time.

Editorial: Using all tools to fight fire requires balance
Measure introduced to get 747 Supertanker into service in Arizona
California uses supertanker to fight fires, but Arizona doesn’t
Supertanker could be next wildfire tool
747 could have been used on Goodwin Fire, but it hasn’t been called
Event Calendar