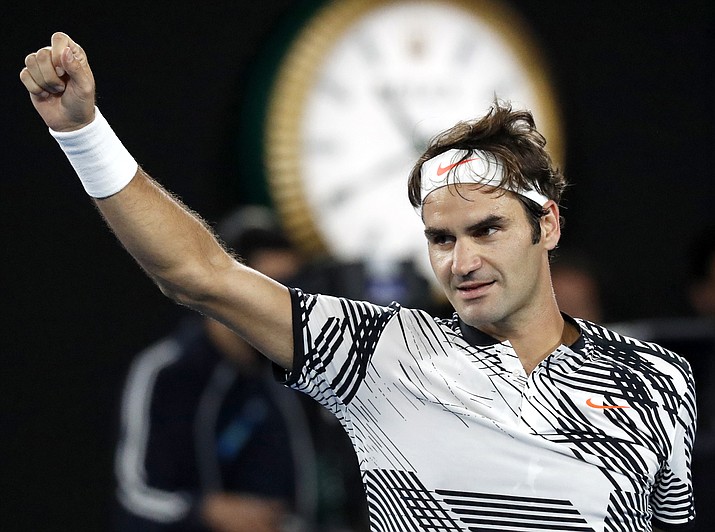 MELBOURNE, Australia — Win or lose, Serena Williams sees another all-sister final at the Australian Open as cause for celebration.

The 35-year-old Williams arrived in Australia bidding for a 23rd Grand Slam title, aiming to break the Open-era record she shares with Steffi Graf. By winning, she’d also regain the No. 1 ranking she lost after her U.S. Open semifinal exit.

She doesn’t enjoy the suspense, or talk about the number. Her older sister, Venus, knows that better than anyone after their two decades of competing together in the majors.

Now the 36-year-old Venus is the potential roadblock, back in a major final for the first time since she lost the previous all-Williams Grand Slam final at Wimbledon in 2009.

“I just feel like no matter what happens, we’ve won,” Serena said. “A Williams is going to win this tournament.”

Venus hasn’t added to her seven major titles since Wimbledon in 2008, but is in her best form since being diagnosed with energy-sapping Sjogren’s syndrome in 2011.

A jubilant Venus could barely contain her emotions after clinching a spot in the final on her fourth match point, putting her hands to her face, her jaw dropping, before she crossed her arms over her heart and did a stylish pirouette.

Feeling like “it was in my hands to force this Williams final” in the subsequent match, six-time Australian Open champion Serena overwhelmed 34-year-old Mirjana Lucic-Baroni 6-2, 6-1.

By the time Roger Federer beat fourth-seeded Stan Wawrinka 7-5, 6-3, 1-6, 4-6, 6-3 in an all-Swiss night match to became the oldest man to reach a Grand Slam final since Ken Rosewall made the 1974 U.S. Open final at 39, they were calling it Throwback Thursday at Melbourne Park.

Three players who can combine for 46 Grand Slam titles and 106 years in age advanced to the a final one after the other.

Federer, returning from six months out to rest his injured left knee, will next play Sunday against either 14-time major champion Rafael Nadal and Grigor Dimitrov.

With the Williams locked in for Saturday night, expectations are rising for another vintage Roger-Rafa bout.

“It’s going to be special either way — one is going to go for his first slam or it’s the epic battle with Rafa,” Federer said. “All I care about is that I can win. Doesn’t matter who’s across the net, but I understand the magnitude of the match against Nadal.

“I’ll leave it all out here in Australia and if I can’t walk for another five months, that’s OK.”

The all-Williams final will be the first in Melbourne since 2003, when Serena won what Venus has described as a “battle royale.”

Venus hasn’t returned to the Australian final since then. And when she walked out onto Rod Laver Arena, it will be as the oldest player in the Open era to contest an Australian Open women’s final. She’ll be the oldest finalist at any major since Martina Navratilova’s run to the Wimbledon final in 1994.

Venus has lost six of her eight Grand Slam finals against her younger sister, and is 11-16 overall in their tour-level career matches. But Serena noted that nobody has beaten her more than her older sister — their sibling rivalry is friendly, but goes a long way back.

“When I’m playing on the court with her, I think I’m playing, like, the best competitor in the game,” Venus said. “I don’t think I’m chump change, either. I can compete against any odds. No matter what.

“You also have to hopefully put your opponent in a box,” she added. “This opponent is your sister, and she’s super awesome.”

After winning four straight majors up to Wimbledon 2015 to get within one of Graf’s record, Serena lost in the semifinals at the U.S. Open and then finals in Melbourne last year and at Roland Garros before equaling the mark back on the grass courts of southwest London.

Serena acknowledged Lucic-Baroni, who was playing in her first semifinal match at a major since Wimbledon in 1999, as an inspiration for her comeback to the highest level after years of struggle.