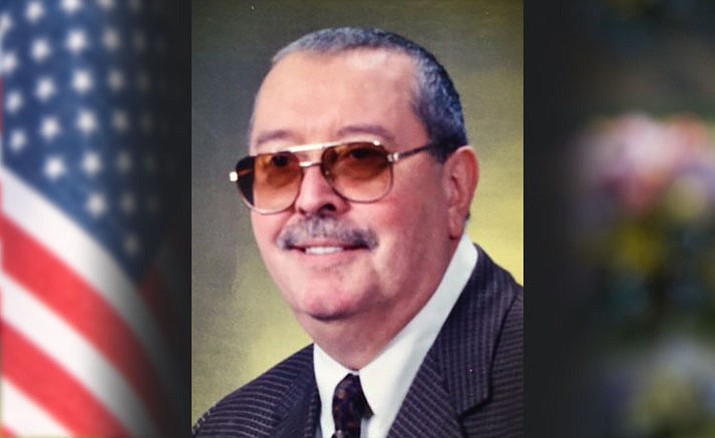 Richard Cromwell of Prescott, Arizona, died on Jan. 14, 2017, at the age of 70. Rick was born in Naeve Hospital in Albert Lea, Minnesota, to Chester and Olga (Bork) Cromwell. He grew up in Geneva, Minnesota, with his friends and his horse, Comanche. Rick attended schools in Geneva and Ellendale, Minnesota.

He aced his G.E.D. while in Japan, having enlisted in the Marines prior to graduation from high school. Rick served two tours in Vietnam, and was awarded the Purple Heart for injury in combat, plus multiple other awards.

Rick owned a sandblasting and painting business in Minnesota. He left Minnesota to move to Arizona and marry his wife, Merrily (Palmer) Cromwell.

Richard served multiple terms as President of Bucky O’Neill VFW Post 541, and also served as Vice Chair. He was a lifetime member of VUMS, and a member of the American Legion. He was also a member of St. Germaine Catholic Church.

Richard leaves behind a legacy of kindness, never holding a grudge, and forgiving everyone for everything. He loved God, his country, and his family. Then he loved his iPhone, fishing, flying, summers at the Minnesota lake cabin, drones, old country music, and Harbor Freight merchandise (most of which is still filling his side of the garage)! Later years brought physical problems and suffering from PTSD, which he experienced throughout most of his adult life.

Gone before Rick are his parents; and two brothers, Dale and Ron. Rick is survived by: brothers Donly Cromwell of Geneva, Minnesota, and Skip Cromwell of Farmington, Minnesota; children Rachelle Neal (Paul), Kevin Cromwell, Tim Palmer and Margaret Palmer; grandchildren Natalie, Zachary, Tyler, Shane and Megan; and his wife of 22 years, Merrily, who all love and miss him.

A memorial service will be held at 10:30 a.m. Friday, Feb. 3, 2017, at St. Germaine Catholic Church in Prescott Valley, Arizona. A rosary will begin at 10 a.m. prior to the service. A luncheon to follow in the parish hall. Interment with military honors will take place at 3 p.m. at the Prescott National Cemetery.