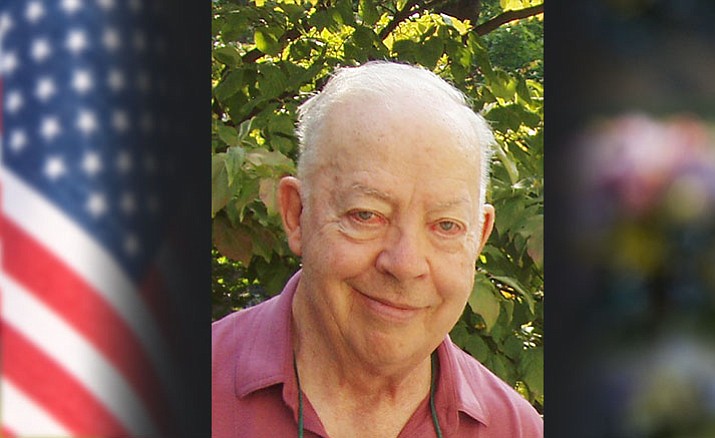 Lawrence Tait Garrett (Larry) died peacefully Thursday, Jan. 12, 2017, in Prescott, Arizona. Born in Astoria, Oregon, to Ethel Tait and George Garrett, he lived there until he left for Yale University on a full scholarship in 1949. Larry was a proud son of the Pacific Northwest. He treasured his small-town childhood and enjoyed returning to Astoria with his family to visit relatives and friends. Larry graduated from Yale School of Engineering with a degree in Industrial Management and an insatiable curiosity for the emerging field of IT. Larry had interrupted his undergraduate studies to join the Air Force as a Russian Language Expert in the Security Forces during the Korean War. He had the good fortune to be stationed outside of London, England where he met his Swiss bride, Lydia Lipp, on a blind date at Royal Festival Hall for a Beethoven concert. It was a good match - they married in 1957 in Switzerland. Their mutual love of music, theater, ballet, and opera had them enjoy performances on local, national, and international stages. Larry’s career took him from the Boeing Company in Seattle to the Computer Sciences Corporation in Eastern Washington, and to the State of Washington’s Department of Information Services in Olympia where he managed large computer centers. He worked for six months in Germany for CSC where he enjoyed sharing European adventures with his young family. Larry retired in 1994. A few years later, he and Lydia moved to Prescott for the sunshine and hiking.

For 25 years Larry and Lydia also ran SWISS HIKE, organizing and leading hiking tours for American and Canadian hikers, first in Switzerland then broadening out to the Austrian and Italian Alps. Hundreds enjoyed hiking with Larry and Lydia in less well-known places in these mountains and many hikers became life long friends.

Gentle, quiet, and caring, with a keen sense of humor and a warm smile - these are all attributes that those who knew him use. Larry was a beloved and respected spouse, father and grandfather, uncle, colleague, friend, and volunteer. He freely shared his talents with non profit organizations. Asked to be an official Girl Scout cookie taster by a friend quickly led him to finance and board positions on Girl Scout Councils in Washington. Education was always important to him - he fought for school funding and in Olympia, helped Lydia start three AFS chapters for international student exchanges. Through AFS, many foreign and American high school students got the chance to live in various countries, broadening their young minds. After he retired, for many years Larry participated in OLLI

(Osher Lifelong Learning Institute) at Yavapai College. Taking and offering classes and working on committees gave meaning to his retirement. Larry and Lydia are longtime members of the Unitarian-Universalist Church and Larry served several congregations through the years, often as finance chair and on governing boards including the local Granite Peak UU Congregation. Travel was an avocation and Larry and his wife were grateful to be able to travel the world.