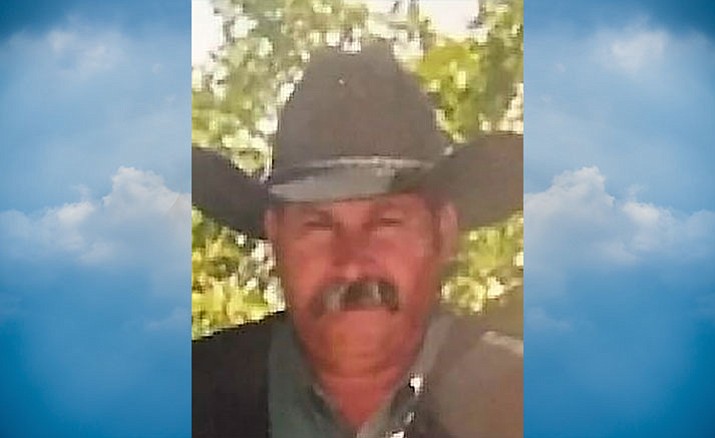 Richard Jon Moyer, Rocky went to be with his Lord and Savior on December 24, 2016, in Prescott, Arizona. The greatest blessing was his daughter, Dusty at his side.

Richard was born in Ironton, Missouri on April 23 1956, to Helen and Harold Moyer. He was raised in both Missouri and Utah and finally moved to Prescott, Arizona with his father in the early 1970’s. He attended and graduated from Prescott High School in the Class of 75 where he met and later married his wife, Dawn Ellen Mishler. Dawn and Rich had a fantastic and blessed life together of 44 years. Together having ten children---raising six kids with four already in heaven, who are now united with their dad.

Richard’s work career was extensive and varied even allowing him to travel throughout the United States. Starting as a cook with his dad at the Hour Place on White Spar Road, this began his lifelong love for cooking. He continued amazing everyone with his culinary skills throughout his life. Everyone who knew Rich knew of his barbeque and chili that brought smiles to all. He and Dawn ran the Skull Valley Cafe prior to being married. Early in their marriage he began his career at U.S. Motors in Prescott prior to its closing then on to Magney Electric (now known as Exodyne Electric) in Tempe. He also spent a considerable amount of time volunteering and working for Sterling Ranch in Skull Valley, Arizona. Richard loved working with the ladies and Johnny especially helping with Special Olympics, this was definitely a huge blessing for him. He then took a job in Lubbock, Texas working for Global Pumps, Inc. Finally, finishing his long working career at Yavapai Regional Medical Center, in Engineering.

Rich was known for many kindnesses to family, friends and even strangers. Rich was the perfect example of an opportunist – always looking for opportunities to help anyone in need. He will be sorely missed by the many that were touched by him through meals, cars fixed, wood chopped the list goes on. In his spare time he loved to build and work with his hands. Richard loved animals and the outdoors.

His first love and priority was God and his family. He was the greatest husband and father ever. We miss him so much.

Richard is survived by his wife, Dawn; daughters, Dusty Ray Lingle and son-in-law, Dave; Michaela Grace and Shelby Debra; sons; Shawn Daniel, Michael Avery and Daniel Jacob. All claiming to be the favorite.

There will be a graveside service for Richard at the Skull Valley Cemetery on Saturday, January 14 at 1:00 p.m. Friends are welcome.