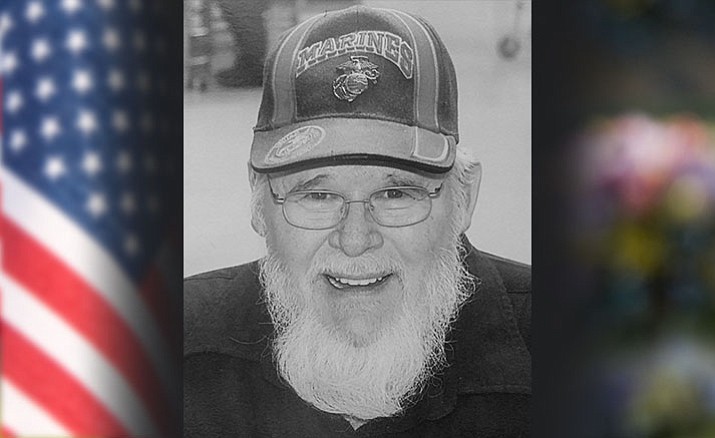 Lonnie W. Capps, 67, passed away at the VA Hospital in Prescott, Arizona on January 5, 2017. He was born in Fairmont, West Virginia to William Capps and Gertrude (Jones) Capps. They later moved to Charleston, West Virginia.

Lonnie joined the Marine Corps in June 1968 and was stationed in Viet Nam where he was injured. Because of the injury, he was honorably discharged in 1970.

Lonnie enjoyed many areas of the United States. He spent time in Arizona, Missouri, Montana and Idaho. He attended Butler University in Indianapolis, Indiana and the University of Arizona in Tucson. He was a man of many interests and talents. He acted in movies and on stage; he composed the song “Stairway to Heaven”. He and his wife Melanie wrote a cookbook targeted for young military wives or beginning cooks. In 1984 he ran for the office of State Representative in Tucson, Arizona.

Lonnie is survived by his wife Melanie of 24 years. He also leaves behind his wife Josephine (Jones) from his first marriage, two children Laura Capps and Brian Capps, seven grandchildren, a great granddaughter and a half-brother, Dennis of Cincinnati, Ohio.

Lonnie was a wonderful husband and dad. He believed strongly in protecting the ones he loved and didn’t know the meaning of “quit” whether it was his private or public life. He loved to make people smile.

Until the lasting effects of his injuries became more challenging, Lonnie was an active member of the Marine Corps League, Veterans of Foreign Wars, and the American Legion.

A Military Honors service will be announced at a later date. Interment will be at the Prescott National Cemetery.