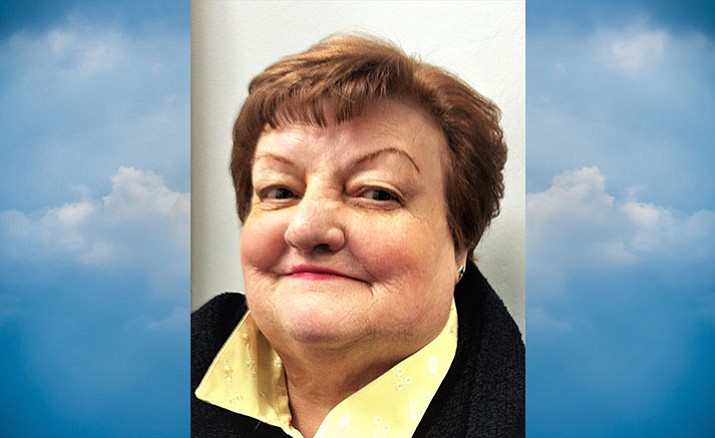 Bettie Ann (Byrd) Robbins, 76 of Prescott, Arizona was taken suddenly from her loving family on Friday December 23, 2016 in Lancaster, California after medical complications arose while she was hospitalized for a fall.

Bettie was married in 1957 in Castlewood, Missouri and quickly started her family. She moved to Phoenix, Arizona in 1972. She soon began her pursuit toward one of her true passions, higher education. In 1975 she received her associate in Arts degree from Phoenix College followed by her Bachelor of Social Work in 1977 and Masters of Social Work in 1980 both from Arizona State University. She ultimately would earn a Doctor of Divinity and be ordained a minister by The School of Christian Philosophy in 1988.

Bettie moved to Prescott in 1979. She soon fell in love with the town and the community. In 1999 Bettie received her Community College teaching certificate for social work and taught courses for a brief time at Yavapai Community College.

Bettie loved to help others and spent her lifetime doing so. She worked as a social worker in many places throughout the Prescott area, including Yavapai Regional Medical Center, Samaritan Towers, Las Fuentes, Meadow Park Care Center and ultimately earned her “dream Job” at Veterans Affairs. While working at the VA Bettie was nominated and awarded many prestigious honors for her contributions to her department. She touched many lives and helped many families. She proudly retired from the VA in 2009 after 18 years of dedicated service.

Bettie spent the following years rediscovering another one of her true passions which was religion and her love of the Lord. She was a proud member of the Granite Dells Ward of The Church of Jesus Christ of Latter Day Saints.

Bettie was preceded in death by her mother (1975) and her brother Bob, her brother Andy and her sister Marilyn. Bettie is survived by her daughter Dianne (Tony) Osborn of Lancaster, California, daughter Cheri Torres of Phoenix, Arizona; son John Byrd of Chino Valley, Arizona; daughter Mary (Scott) Turner of Chino Valley, Arizona; son Mark Byrd of Prescott, Arizona and her son Aaron (Kelly) Byrd of Prescott Valley, Arizona. She is also survived by 20 grandchildren, 26 great-grandchildren, many nieces, nephews and great friends.

A celebration of Bettie’s life is scheduled for Saturday January 14, 2017 at 10:00 a.m. at The Church of Jesus Christ of Latter Day Saints located 1001 Ruth Street Prescott, Arizona 86301. Services will be conducted by Bishop Mark Davis. Anyone who knew and loved Bettie is welcome to attend.

Bettie loved dogs, flowers, butterflies and playing cards and dominos with her friends. She enjoyed knitting and had an especially good “green thumb”. She had a great love for Gospel music and would likely have it on whether at home or in the car. Most of all she loved spending time with her grandchildren and great-grandchildren, it was the light of her life to see them grow.