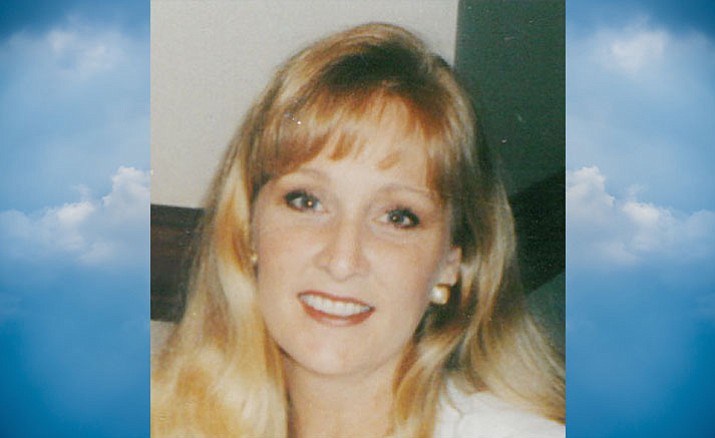 Karen Ann (Culligan) Medlar, 62, of Prescott Valley, Arizona, died Dec. 23, 2016. Karen passed peacefully in her home surrounded by family after a difficult and painful three and half year battle with cancer.

Karen was born Nov. 22, 1954, in Vallejo, California and spent the majority of her life in Napa, California where she went to school, got married and raised her family. Karen was the youngest of two daughters of Stanley and Barbara Culligan. She is survived by both of her parents, Stanley and Barbara, sister Theresa Crisp, six children, Tierra, Jeremy, Katie, Rachel, Sean, and Brian, and 14 grandchildren.

Karen was a hard working, dedicated and loving mother who often went without in order to make sure that her children did not. She spent much of her early adult years not only raising her children, but also volunteering as PTA president for several years, and working as a teacher’s aide in the schools in Napa, California. When her youngest of six children was just a baby, Karen went back to school, and after several years of part time schooling as a single mom, she eventually graduated from Diablo Valley College at the top of her class as a Dental Hygienist in 1996. She worked as a hygienist for nearly 10 years in Napa, before making the move to Prescott Valley in 2006 in order to be closer to her large part of her family.

Karen had an enormous love of all living things. Whether it was friends of her children, people from church, or stray animals, she would welcome them all into her home and her heart without reservation. Her ability to see the good in everyone she met, the way she loved unconditionally, and her willingness to forgive, were but a few of her divine qualities.

Though great comfort comes from knowing that she no longer has to bear the physical pains of cancer, Karen will be greatly missed by her family and the many people whose lives she touched.

Entrusted into the care of ABC Funerals, Prescott Valley, Arizona